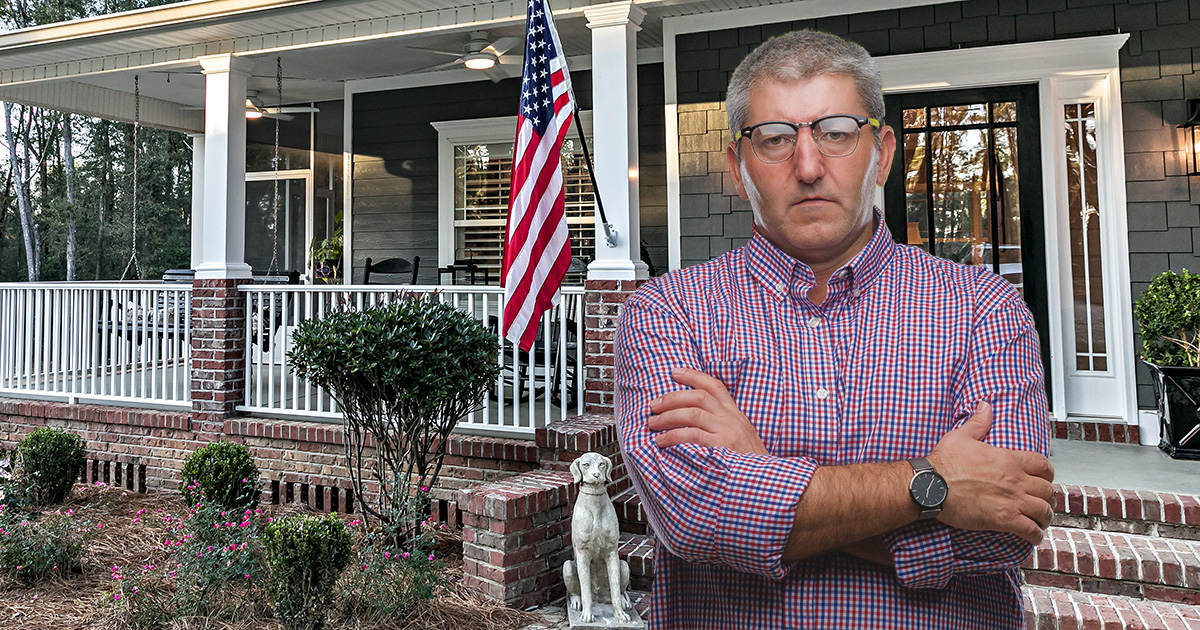 BREWSTER, N.Y. — Local parent and lifelong Republican Shane Holmes expressed concerns over the dangers his child faces in the event that she might be forced to hide next to a transgender student in the bathroom during a school shooting, sources close to the out of touch man confirmed.

“Every day I see another horrific story on the news, and every day I send my Charlotte off to school scared that she might not make it home without spouting off some nonsense about how ‘gender is a construct’ or whatever Godless drivel she’s learning while she should be practicing bullet dodging techniques,” Holmes said. “I need to know that my child will only be pissing her pants in fear next to other kids like her. If I don’t think her school has my back on this, I just don’t feel comfortable putting her at risk of begging for her life on the wrong end of a full magazine next to some kid who’s clearly going through some phase.”

School officials sympathized with the man’s concerns, and assured most parents that they are doing their part in ensuring the safety of their children.

“We understand that a child’s safety is of the utmost importance to parents, which is why we’re instituting more safety protocols to ensure that no student ever find themselves in the vulnerable position of crouching behind a toilet and crying in the restroom with a transgender student during an active school shooting,” said Brewster High School superintendent, Mark Ingram. “To do our part, we’ve implemented a policy insisting that students make a final, hysterical phone call to their parents and loved ones from the bathroom that matches with the gender assigned to them at birth in such a scenario. Any student found violating this policy will face suspension.”

Fellow parents, Jess and Dylan Acosta, expressed their confusion over the position of Holmes and the school.

“We completely understand being worried that your child won’t make it home on any given day, but are we reading this right?” Dylan Acosta stated, as he reread a statement issued by the school, offering counseling to students who may be at-risk of quickly scanning for a small window to break and crawl out of in the vicinity of a transgender classmate. “I honestly can’t tell if my kid is at risk of being killed by a school shooter, or killed by her assistant principal for looking at him wrong. Jesus Christ.”

At press time, Holmes added that he also hopes the school will implement a strategy to limit his child’s exposure to Critical Race Theory in classrooms with eight or more students.