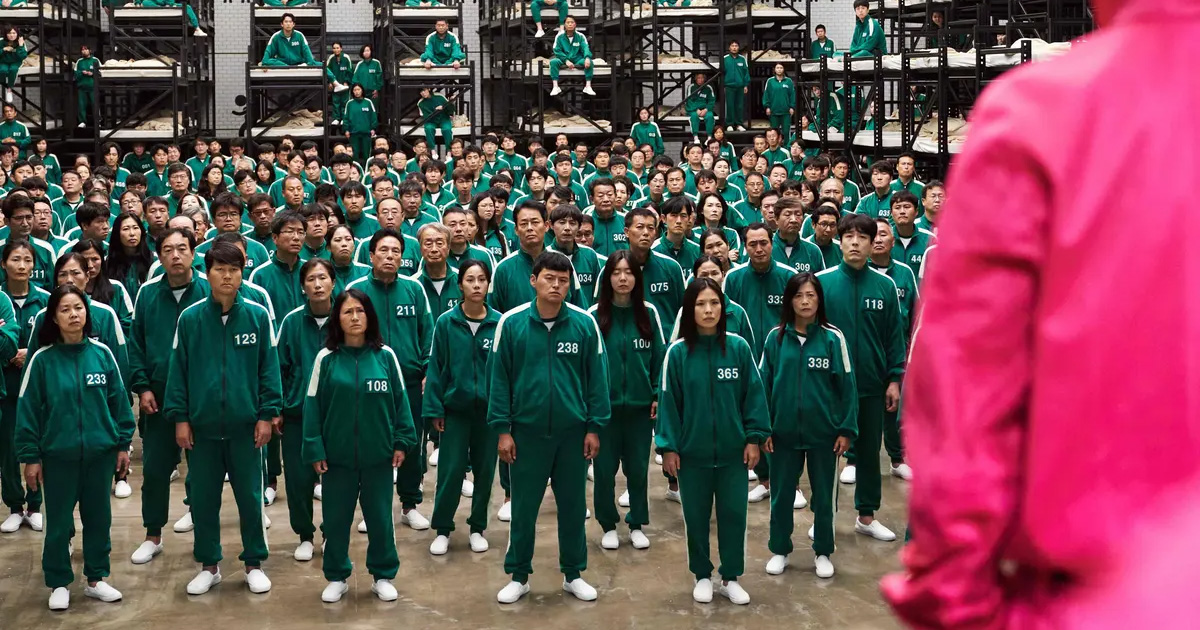 “Sales were actually great at the beginning of the quarter leading up to the release of ‘The Many Saints of Newark.’ All the kids wanted a Paulie Walnuts tracksuit,” said Dante. “But then ‘Squid Game’ drops, and now everyone is terrified that they’re going to wake up in a deadly, Korean version of ‘Double Dare’ or something. We set up some impromptu focus groups to root out the issues and found that while consumers loved our product’s elasticity and comfortable fabrics, they will forever associate tracksuits with people getting gunned down by a robot toddler. And of course this all happens right before we release our ‘Castleton Green’ collection.”

“I’ve been making tracksuits my entire life, just like my father before me, and his father before him. My ancestors used to tailor tracksuits for the kings and queens of medieval Bohemia,” said Tracksuitmacher. “That beautiful way of life is gone now, all because Netflix wanted to make a heavy-handed allegory about the economy. People don’t appreciate that making tracksuits takes years of dedication, so I don’t exactly have the skills to pick up another job. Almost makes me wish there really was a billion-dollar death game I could play.”

“Maybe it should collapse,” said Don-hyuk. “It’s time for the world to move on from tracksuits. That was my goal with writing ‘Squid Game’ in the first place; I wanted to ruin the public perception of tracksuits. I wanted to create a world where wearing a tracksuit probably means you’re going to get shot while playing kick the can or something. The show really doesn’t have any major themes beyond ‘tracksuit equals death.’ If you think there’s anything more than that, you’re projecting.”

While the Tracksuit industry was shambles, Dalgona Cookie sales have quadrupled since the show’s release.