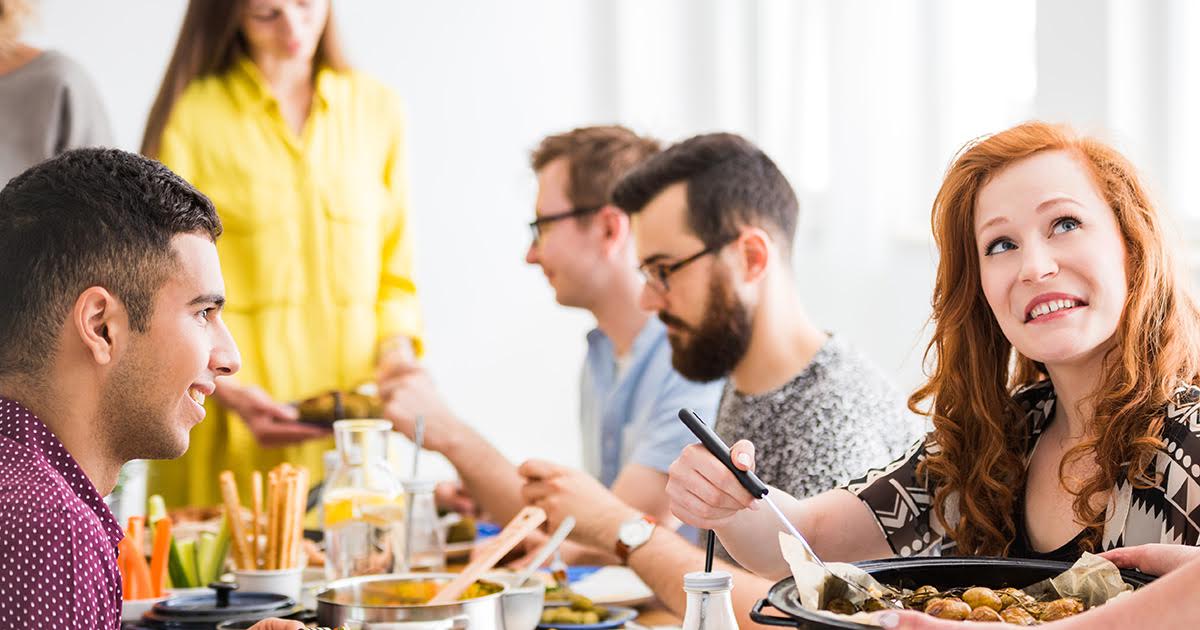 “I was so psyched when Ethan’s mom said I could eat dinner there, but I got a little worried when they said ‘no phones at the table.’ These psychos all sit around the same table eating food and talking about their day instead of grabbing a plate and eating it in your bedroom like a normal person,” said a discombobulated Mancuso. “When I asked if someone could get me the ketchup from the fridge, and his mom said ‘it’s right there on the counter.’ I thought it was against the law if you didn’t refrigerate ketchup. But the weirdest part was how none of the food was served in a plastic tub, it made me uncomfortable and I barely ate anything.”

Ethan Schumacher’s father Dave admitted he was confused by the behavior of their dinner guest.

“At the dinner table, Jason looked completely dazed,” said the elder Schumacher. “He picked up the silverware, which we keep in a container in the center of the table, and examined it like an ape seeing a human tool for the first time. He asked if the food was going to be normal and then he asked what time we feed our dog. I told him we don’t have a dog and he looked like he was going to faint. I almost called his parents because I thought he was having a dissociative episode.”

According to cultural anthropologist Carmen Hall, eating weird and eating like a normal person have been at odds for most of human history.

“Since the beginning of time, some families have eaten weird, while others have eaten normal. For example, my family keeps peanut butter in the cabinet, which is normal, while some of my friends’ families keep it in the fridge, which is deranged. That doesn’t have to stop anyone from being friends — unless, of course, the weird family really crosses a line by eating their pizza crust-first or something,” said Hall. “If you’re invited to a friend’s house for dinner you should consider asking ahead of time if the family has any unhinged eating habits, like enthusiastically eating those weird ends of the bread loaf that should be thrown directly in the trash.”

At press time, the Schumacher family was setting up taco night with the beans in the middle instead of at the beginning at the line.