Report Finds Weed Use Still Leading Cause of Drum Circles 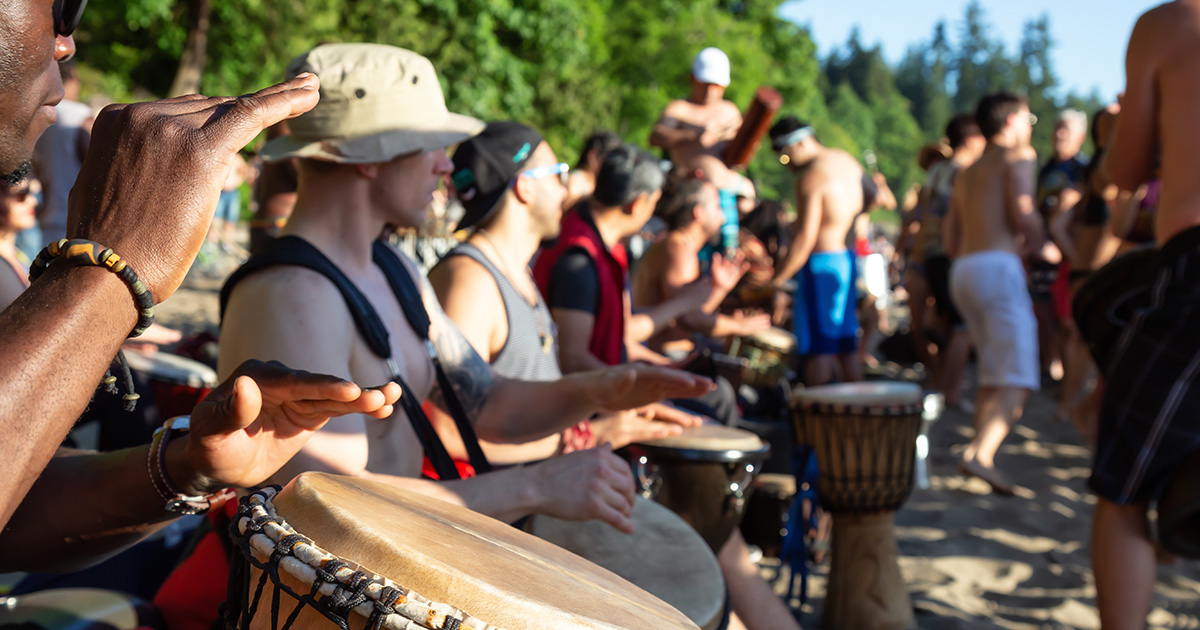 VENICE BEACH, Calif. — Researchers from the University of California-Los Angeles reported Wednesday that cannabis is still the leading cause of drum circles, confirming that there are no other possible explanations for the origins of the social gatherings.

“For the last several decades, some of the greatest minds in science have attempted to understand how these improvisational jams take form. But after thousands of hours of observation, we’ve identified a direct link between happily playing drums amongst a crowd of strangers in a public place and being absolutely blazed out of your mind,” said lead researcher Dr. Taylor Reynolds. “Of the 4,000 participants in the study observed playing various handheld instruments while dancing around, every single person was undoubtedly stoned off their ass… and I suspect the entire control group may have been too.”

Researchers believe this study will provide a deeper understanding of how cannabis may act as a gateway to instruments like bongos and cowbells.

“We found many folks start by experimenting with an egg shaker, or even a tambourine. However, with enough weed in their system, it’s not uncommon to see an otherwise self-aware adult noodling around to the off-beat rhythms of a haphazardly played djembe in the middle of a full-blown drum circle,” explained research assistant Dr. Jessica Alvarez. “Before you know it, they could be dancing to a didgeridoo played by a poncho-wearing member of the community.”

Indeed, several drum circle regulars involved in the study noted they never imagined things could ever get as dire as being willing participants in a drum circle.

“The thought of dancing around to some guy sloppily playing a doumbek seemed like something that only happened to other people. But then someone passed me a joint in my buddy’s backyard, and I suddenly understood what would compel someone to kick off their shoes and flail around in public like that,” said community member Adam Morter. “Those rhythms… they just take over you, man.”

Dr. Reynolds, the lead researcher, reiterated that the impromptu gatherings were not necessarily dangerous — but participants should exercise caution at all times when in the presence of marijuana, as a drum circle could erupt at any moment.

“If you find yourself at a drum circle with no recollection of smoking pot, seek medical attention immediately, as you may have been dosed by an edible,” he warned. “No sober individual just picks up a handheld drum.”