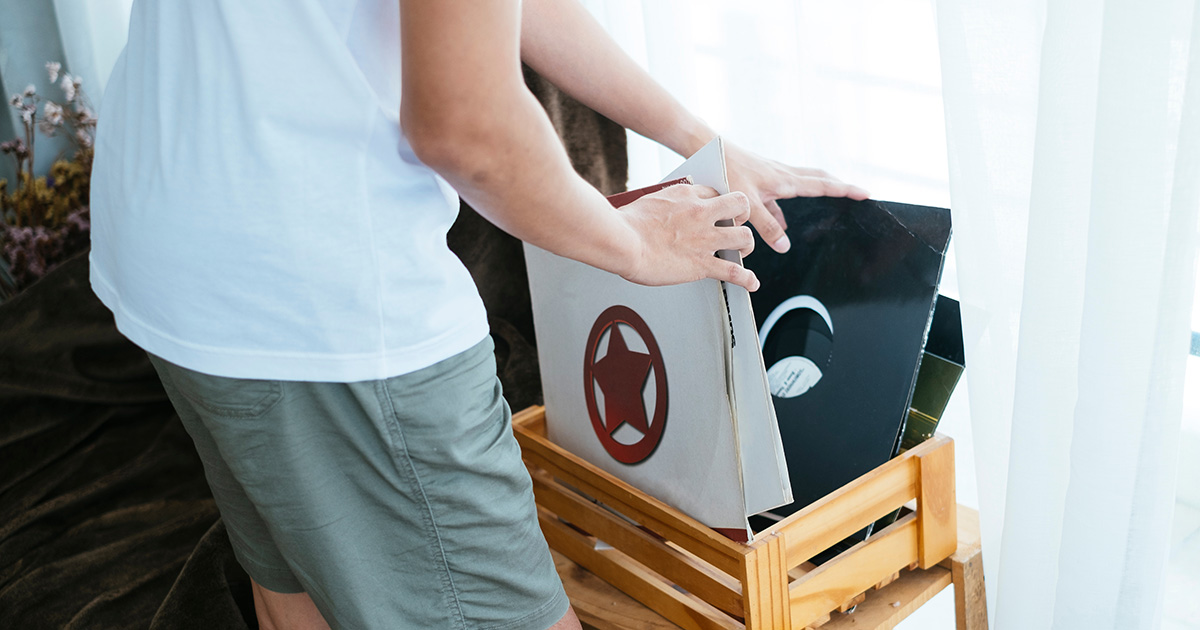 “I’ve been looking forward to tonight,” Braun said. “This is our third date, so I’m hoping she’ll be down to come up to my apartment. I took out the garbage that’s been getting really rank this last week, made sure to stuff the worst of my crusty laundry in the closet and rearranged all of my records to maximize the idea that I’m a suitable sexual partner. There’s really an art to it, you know? Make sure you put the good stuff up front to catch, but make sure to have some choice cuts deep in there, so it’s like, oh, is that my copy of Eno’s ‘Taking Tiger Mountain (By Strategy),’ forgot I even had that.”

“And you have to make sure that you leave something cool out on the player already,” Braun added, debating between Maxwell’s ‘Urban Hang Suite’ and Isaac Hayes’ ‘Black Moses.’ “That should really get her going.”

Kaila Bennett, a former third date of Braun’s, confirmed this was a longtime strategy.

“Yeah, it was pretty clear that he had set up the vinyl as like, a seduction technique,” Bennett said. “I guess he thinks it would make him irresistible to have The Swarm’s ‘Parasitic Skies’ out in front, but then a first press of ‘Deloused’ to show he’s eclectic, then ‘Band on the Run’ to show that he’s not pretentious. It was so clearly contrived. And like any of it distracted that he was using Chipotle napkins as toilet paper.”

“Sex was okay, though,” she added.

Interior decorator Marcus Albright said this was not an uncommon approach.

“Many people believe that a successful date is just a matter of getting the order of your records right,” Albright said. “As though the only factor in a successful romantic tryst would be so simple. It is absolutely incorrect. You also need to think about angle of placement, display and the way light glistens off the wax of ‘Tiger Milk.’ It can be very complex. An art, really.”

As of press time, Braun was sorting through multiple containers of rotting General Tso’s chicken to make it seem as though he didn’t live in squalor.