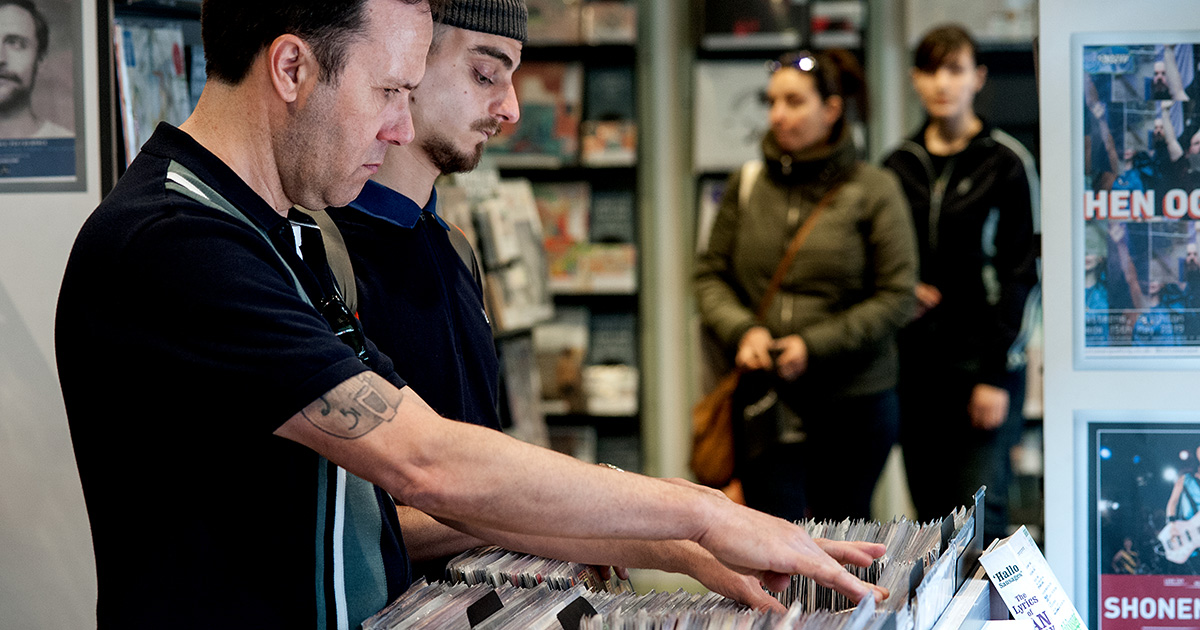 “I have no idea how I’ll be able to compete with a service where they can just listen to this crap on their phones,” Lapkus stated while gnawing on his fingernails. “Sure, I run an acclaimed record store that’s been successful for 28 years, but I’m afraid this whole ‘internet’ thing might really affect my sales. Spotify is already a lot cheaper than buying records, and if that thing is ever able to recommend other bands for people to listen to, I’m completely fucked.”

Regular customer Alice Miles noted that the normally easy-going and affectionate store owner has been “twitchy, sweaty, and aggressive” as of late.

“I was just telling Hank how I’d been searching for this one Boards of Canada album for years, and right when I was running out of hope, I found their whole discography right here in the store. They even had a couple of limited edition colorways I was super hyped on,” Miles explained. “He didn’t seem flattered, though… I thought he was going to rip out his hair. Hank sort of did this half-scream, half-sob thing, then ran into his office. I’m not sure what’s going on with him.”

The threat of streamable music is taking its toll on the beloved Bostonian, but Lapkus is not the only one struggling to find space for both vinyl and digital music: Shep Hanifin, a consultant from Spotify, confessed to having fears about the record store industry.

“I’m terrified customers will realize they could be getting much better sound quality with a turntable,” Hanifin spilled. “Right now the only interaction we have with listeners is curating playlists for them after fully stalking their data. Once our subscribers learn that a real-life human being smiles and says ‘hello’ to every customer that enters a record store, Spotify won’t stand a chance.”