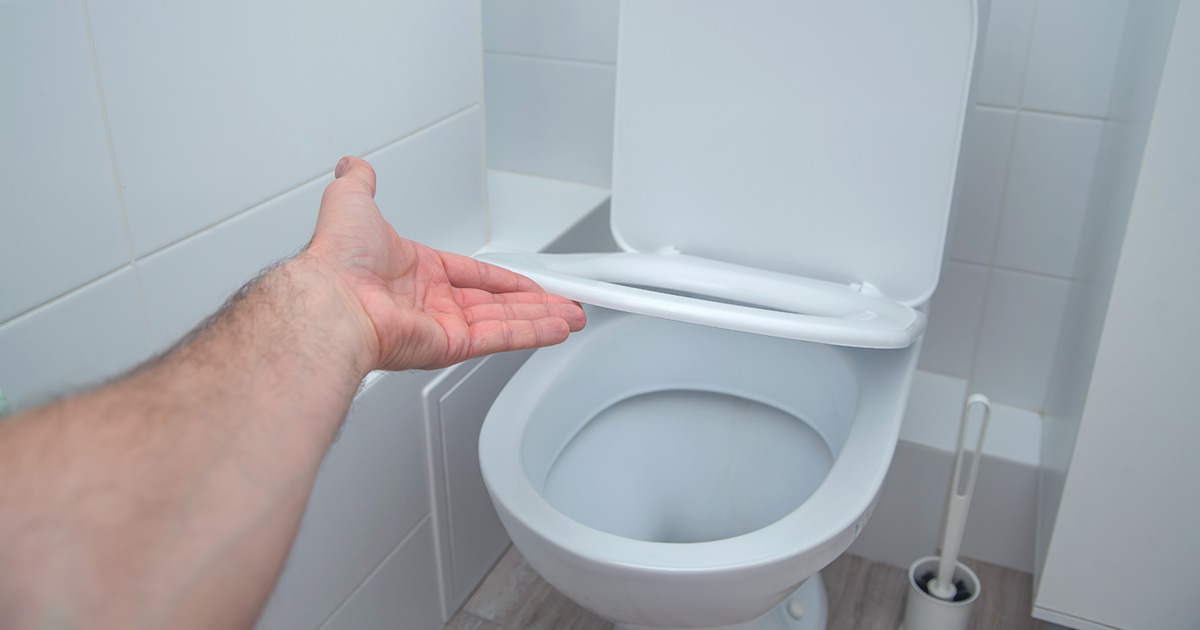 “She’s gone! Oh God, she’s gone!” cried Fangerburg while attempting to prepare a 21-gun salute using several empty toilet paper rolls and a can of Axe body spray. “She always hated when I left the toilet seat up. This ceremony is to remind myself of all the times that I didn’t take her bathroom experience into consideration, and how it tragically brought an end to our love. What else could her attorney have meant when he cited ‘irreconcilable differences’ in the divorce papers?”

Fangerburg’s ex-wife Kara Jakowski, however, disputed the notion that toilet seat protocol was the main reason for the couple’s separation.

“He thinks the toilet thing is what this is about? That asshole fucked our marriage counselor!” explained Jakowski while burning a cardboard box containing Fangerburg’s remaining shirts and pants. “And that was just the last straw: we only had to go to counseling in the first place because that idiot spent our life savings on a speedboat that he crashed into a lighthouse. And before that, he traded my grandmother’s diamond earrings for an old VW van so he could follow Phish around on tour for nine months. He missed the birth of our daughter because of that.”

Fangerburg was last seen researching “pneumatic toilet seat schematics” while also considering how much it would cost to start his own record label.