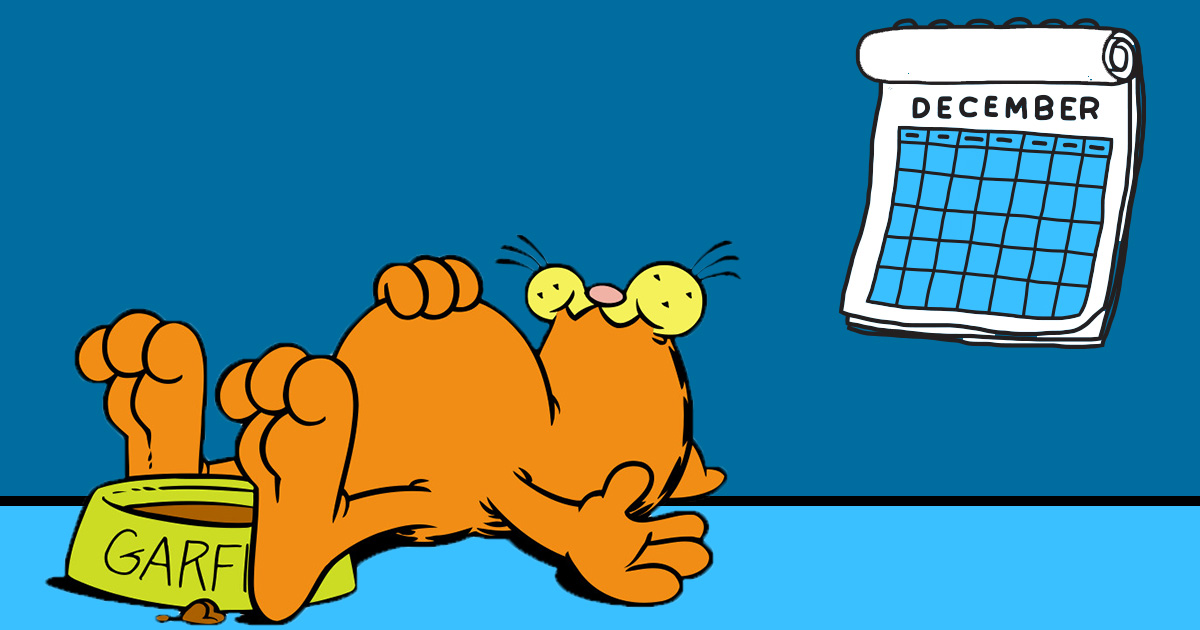 “Whoever came up with the concept of time deserves to be drug out into the street and shot,” explained Garfield while peeking out from under his blanket. “Since quarantine started, I’ve felt like I’ve slowly lost touch with reality, disassociating from my usually winning and charming personality. Sometimes I forget whether I love lasagna or baked ziti. And I can barely remember which Middle Eastern city I mailed Nermal. Seriously, what day is it that I hate? April? Is that a day of the week? I don’t even know, man.”

“I woke up Thursday morning to Garfield sitting on my chest staring at me,” Arbuckle shared. “Shortly afterwards, I noticed several scratches on his arm that appeared to read, ‘I hate whatdays.’ Garfield’s hatred of Monday gave his unmitigated rage a target. Without it, I’m afraid of what he’s capable of. Taking lives, but not of feeling remorse.”

Licensed veterinarian and object of Arbuckle’s unrequited infatuation Dr. Liz Wilson was alarmed after seeing Garfield for the fourth time in a week.

“I thought it was just a routine laxative for lasagna-induced constipation. But after I once again turned down Jon’s invite to quarantine with them, I noticed the blood dripping from Garfield’s paws. I tried contacting Garfield’s buddy Orson Pig from U.S. Acres for help, but quarantine must be hitting them hard too, because all he said was ‘whatever goes upon two legs is an enemy’ and hung up,” said Dr. Wilson. “Depending on the day of the week, I wouldn’t be surprised by aggressive behavior from Garfield, but it was the weekend and I didn’t want to be legally implicated in whatever that was.”