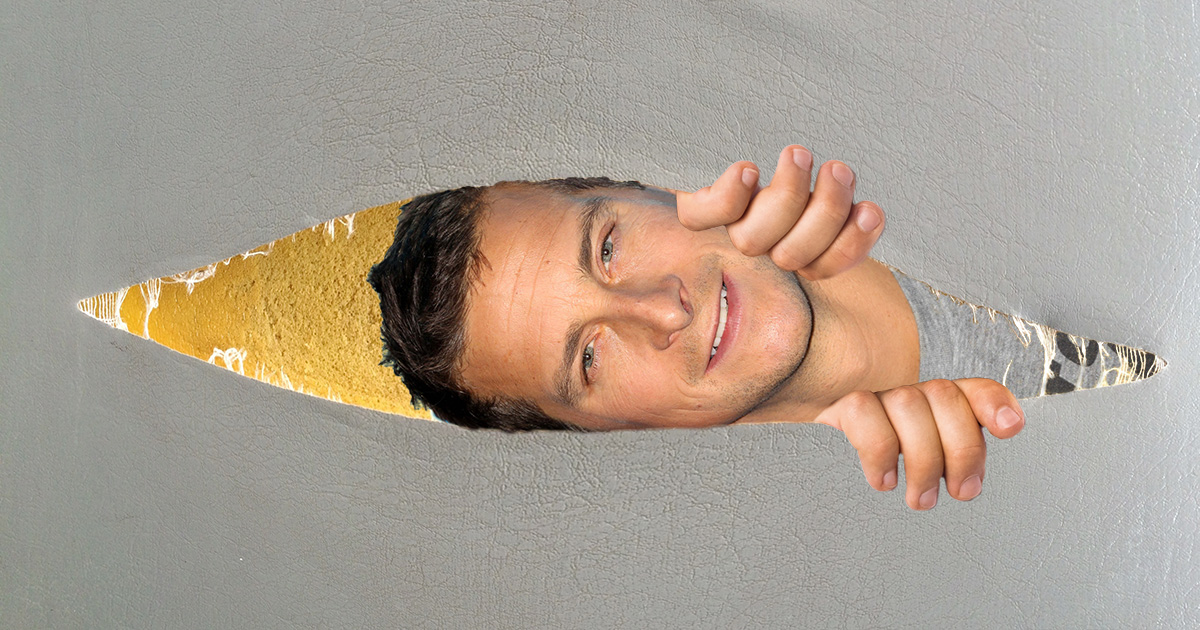 “The sun has nearly gone down. And with no shelter and the brutal conditions of my private island, it’s only a matter of time before the climate-controlled master bedroom becomes a dangerous place,” said the 45-year-old adventurer to no one in particular from his Welsh mansion. “In life or death situations, you have to do whatever it takes to stay alive — even if it requires sleeping inside the mangled corpse of a Serta, Casper, or even a bean bag chair.”

Grylls’ children were quarantined with him in their family home, but locked themselves in the attic as their father lost his grip on reality.

“I was in my bedroom watching TV when he came in wearing several layers of clothing and insisting we eat him if he dies of hypothermia. So I adjusted the thermostat and told him to relax,” said eldest son Richard. “Later, I caught him squeezing the water from a dish sponge into his canteen, and then he flipped out and started chasing me up the stairs. His eyes looked like a wounded animal.”

Grylls was eventually rushed to a nearby hospital and subdued by a team of psychiatrists.

“This delusional episode stems directly from the prolonged effects of quarantine. You’d think Bear would be better equipped to handle isolation based on his show, but despite his reputation as a survivalist, he’s just as fake as everyone else on TV,” said Dr. Georgia Rodriguez. “Coincidentally, Grylls isn’t the only TV host to suffer such a breakdown: Chance the Rapper was admitted to my care after spending 48 hours straight trying to ‘punk’ his house plant. And Andrew Zimmern got lead poisoning from tasting old paint.”

“I’m hoping Guy Fieri suffers a dramatic mental episode next,” she added. “I’d sure love to meet him.”

At press time, Grylls was screaming ‘I’m not a phony” with a mouth full of piss.