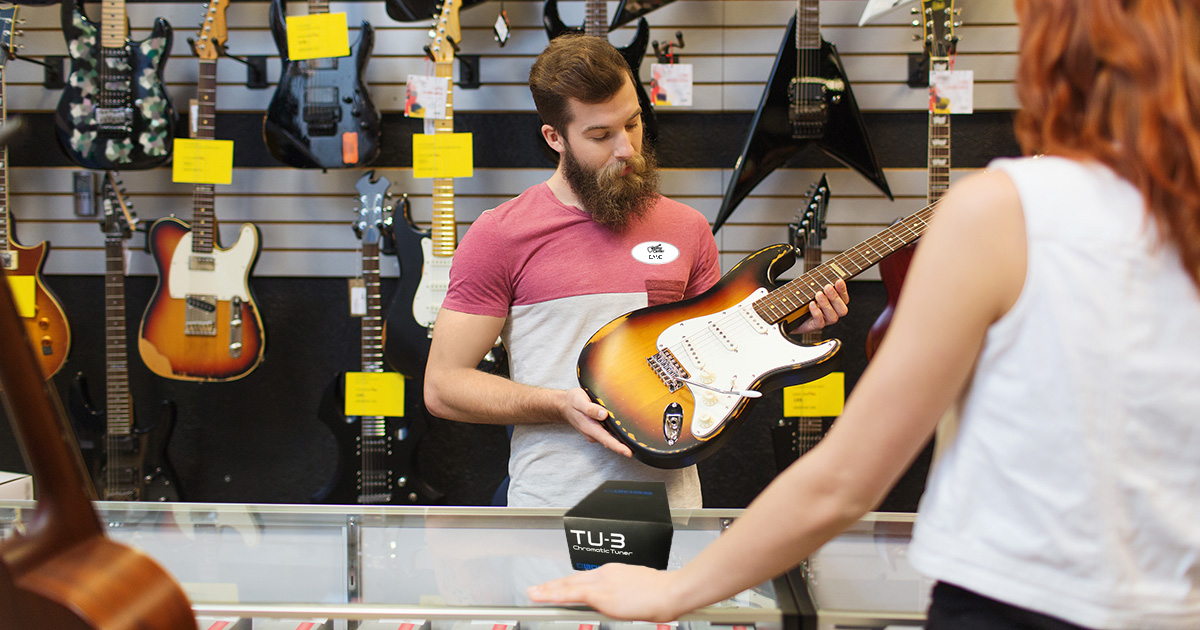 “I’d seen those patch cables around the store. They’re pretty sick. I don’t know if he’s a casual musician or a pro, but either way, I was stoked for him,” said the two-year veteran of Guitar Center’s Pro Audio department from behind a glass display counter. “The Pro Coverage plan he got for those cables is sick, too. Hella worth it.”

Lyle Bridges, the customer responsible for the highly praised purchase, traveled to Guitar Center after realizing he couldn’t use his two new pedals without additional patch cables.

“When I put those cables on the counter and that guy said they were ‘pretty sick…’ man, I was pumped,” said Bridges. “I mean, I’m just starting to build out my pedal board — I’m doing a kind of Minus the Bear meets Alt-J thing. So to hear a guy of his stature throw his endorsement behind it definitely gave me a confidence boost.”

“I came here to grab a few XLRs and get out — I genuinely thought the whole thing would take five minutes, tops. I knew exactly where the cables were, and I figured it wouldn’t be that busy on a weekday,” said regular customer Chase Davies. “Then these two blabber mouths are jerking each other off over some damn cables all day long. You’d think the guy was buying some crazy Flying V autographed by mother fucking Dimebag himself the way these two were going at it. I’m just like… dude, there’s a line.”

Despite his reluctance, after paying cash for his purchase, Davies allegedly then gave his name, address, and phone number to Shin, who went on to call the information “sick.”