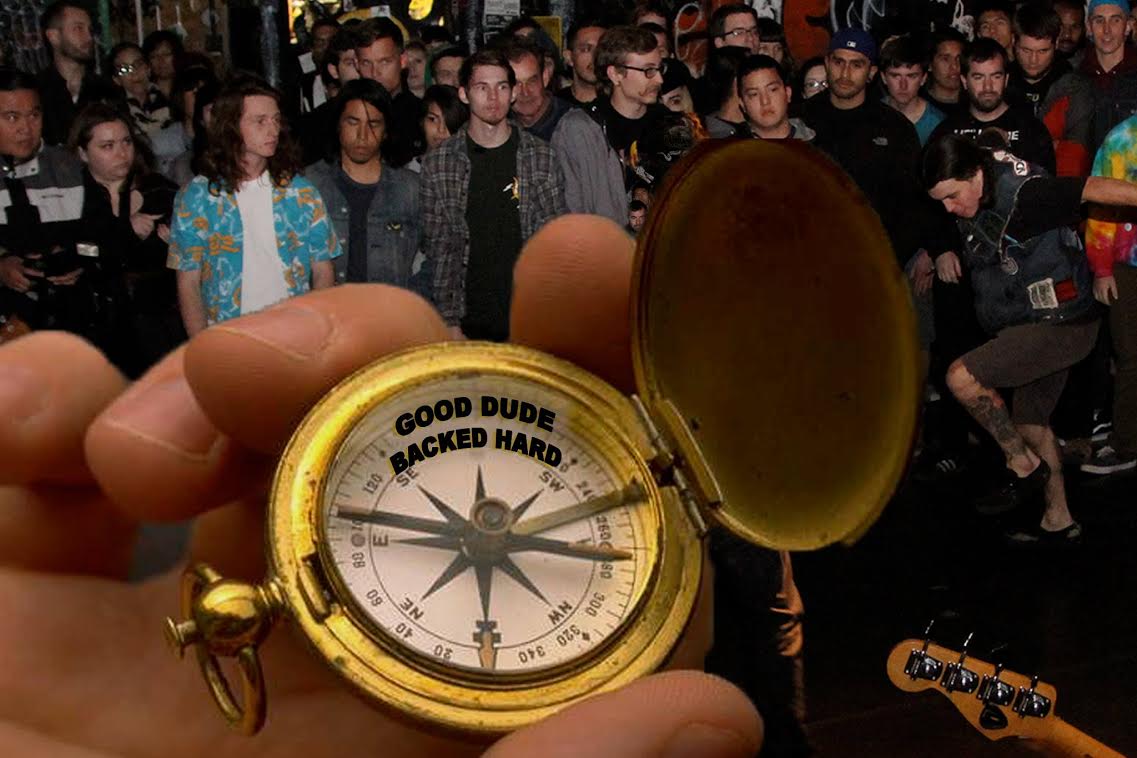 ATLANTA – Although punks have always been skeptical of emerging technologies, one new gadget is taking the scene by storm: Solaricon’s new Moral Compass™, which points punks to the most self-righteous person at the show for guidance on where to stand, morally.

“I pre-ordered mine. Got the limited edition color,” said local punk Lonnie Spazztic. “Before I had this Moral Compass™ I needed to make up my own mind about all the discussions and debates going on in the scene. Now I just let it point me in the direction of a nearby ‘good dude backed hard’ and follow their lead.”

Jeff “Pigeon” Cunningham, who claims to have gone vegan straight edge for political reasons when he was 4-years-old, has been a staple of the Atlanta underground punk scene for over 20 years. Solaricon’s new Moral Compass™ just confirmed what many have suspected for years: he’s a self-righteous dickhead.

“I wasn’t sure if it would even work, but I brought it to The Floored Tubbies show the day it arrived and sure enough the thing pointed me right to Pigeon,” Spazztic said. “He always seems to have something to say about which bands should or shouldn’t be able to play particular venues he has nothing to do with.”

According to Solaricon CEO Cynthia Matheson, the company has been working on its patented Moral Compass™ technology for years, but had a very different demographic in mind.

“We built this revolutionary, impactful, never-before-seen technology hoping to help young professionals in the business world know which person in the boardroom or on the yacht was someone to impress,” Matheson said. “We had no idea that these dirtkids would adopt this incredible technology and use it to gravitate towards influential individuals in the dirtkid community in hopes of being booked on some illegal ‘concert’ with only 300 other dumpster babies in attendance.”

Although he was not asked, Pigeon took to social media to make his views on Solaricon’s Moral Compass™ known.

“Sorry I am out here every day trying to make a difference in this sick world,” Pigeon wrote, completely unprovoked. “You go ahead and use your Google glass, your iPhone, your Solaricon Moral Compass. I will still be here in 10 years calling people out when those kids are off working for their dad’s real estate companies,” Pigeon said in one of many tweets.

UPDATE: There are unconfirmed reports coming in that Solaricon’s Moral Compass™ spins in circles when Pigeon holds it.