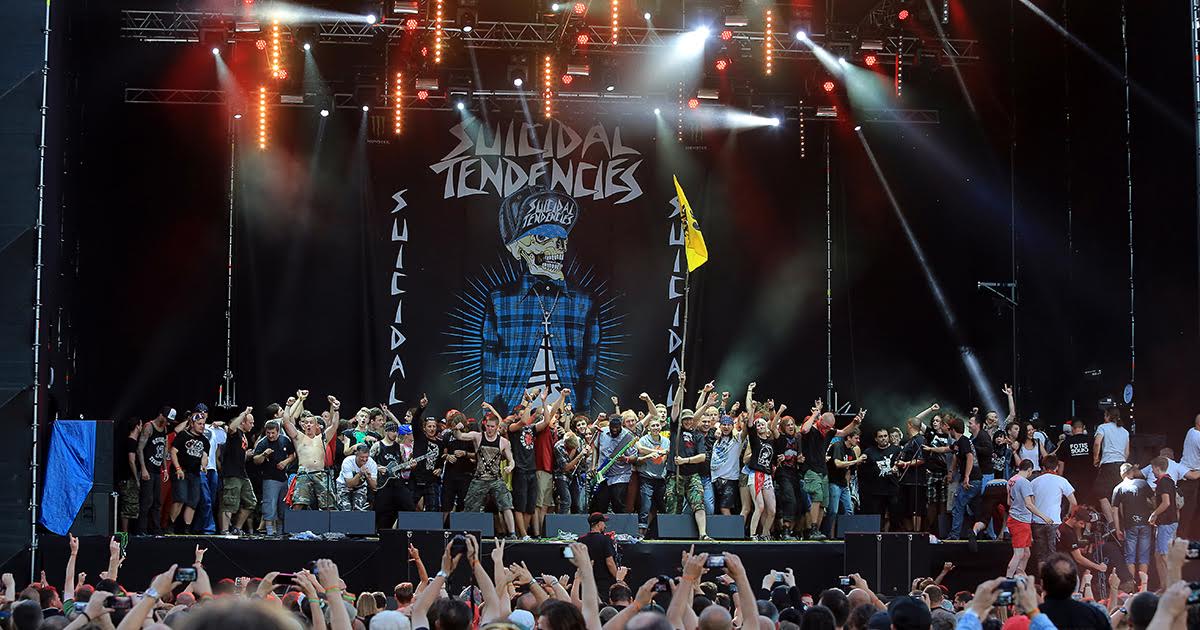 “Judge Dunn made the right decision. When you break down the band’s history and style, they clearly have a tighter connection with Punk as a whole,” said Virgil Bailey, Punk’s attorney. “Punk has always been there for the band and provided a loving, supportive environment for them. Punk and Suicidal Tendencies look forward to putting this whole ordeal behind them, and getting on with their lives together.”

“Punk also wanted to say that they are open to future collaborations with Metal,” Bailey added, “but right now, Punk wants to spend time alone with Suicidal Tendencies before any new releases.”

Metal was vocal in its distaste for the judge’s decision.

“This is total bullshit, and you can guarantee we will appeal. Punk came to court in nice plaid pants in a freshly cut mohawk, and made my client look stupid with its long hair and ripped jeans,” said Metal’s attorney Gina Fletcher. “Punk has only used Suicidal Tendencies for their own selfish end — they claim ownership of the band to appear more hardcore then they actually are. Suicidal Tendencies is clearly rooted in thrash metal and was brought up to reflect those traditions. Where was Punk during the rough ‘Freedumb’ days? I’ll tell you where: fawning over their new love, Blink-182.”

However, Judge Dunn stands by her decision.

“I had to think about what was in the best interests of the band,” said Dunn, sporting a brand new Suicidal Tendencies hat. “While both genres have their… shall we say, shortcomings, Punk lives by a strict moral code, and proved that they are committed to the future of the band. If Metal can get its act together and successfully pass a drug test, I’d be willing to revisit this decision at a later date.”

For their part, Suicidal Tendencies doesn’t seem to care much one way or the other, admittedly biding their time until they can move out and get their own apartment with their best friend, Faith No More.