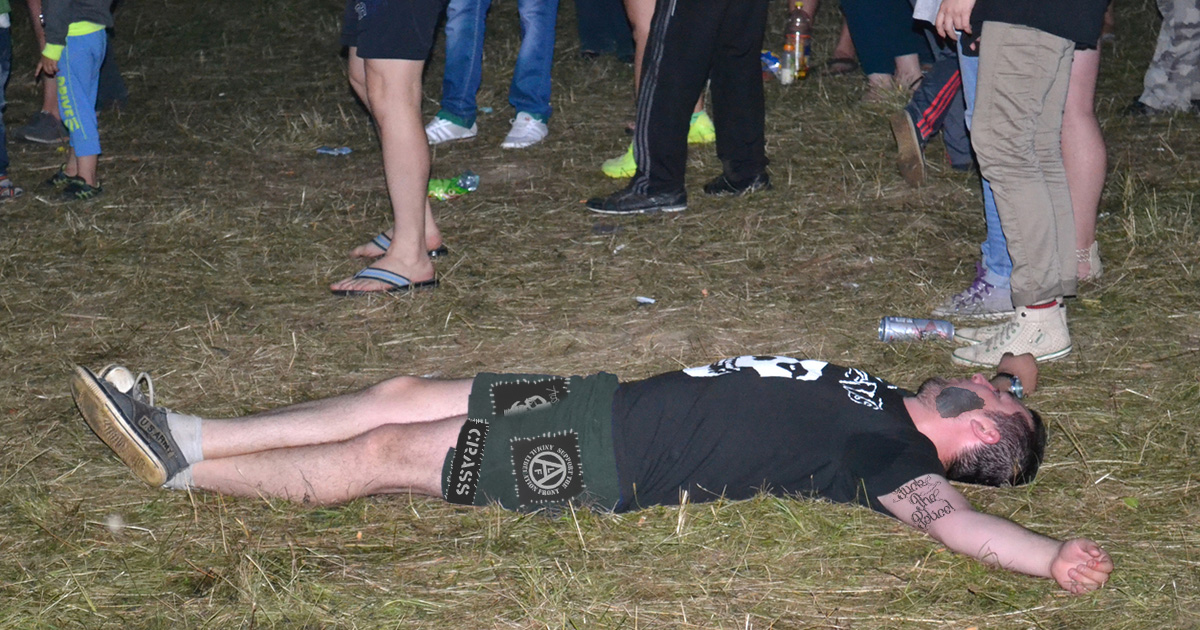 BOSTON — Friends and relatives of local punk, Brian Gibbs, were astonished to learn that the known raging drunk considers himself to be “a functioning alcoholic,” equally shocked sources report.

“I’m pretty sure I can guess how ripped he was when he said that,” reacted longtime friend Adam Hall. “Like, maybe if we’re being really liberal with the term ‘functioning’ I guess he could be, but no, not even then. This is the fucking guy who has to have two Coors tallboys at his nephew’s little league game at 10:00 a.m. to ward off the shakes, and that’s before he’s even able to completely fuck up the day. That guy’s about as functioning as his liver probably is at this point. ”

“I’m not sure where he gets off acting all high and mighty. Just because he never pissed himself at his brother’s wedding or drove his Tercel into a funeral procession because he was tired, not drunk, and passed out behind the wheel doesn’t mean he’s better than me,” the dead-eyed drunk stated through a curtain while cracking his third beer in a five-minute shower. “Goddamn, everyone just needs to lay off me. I still go to work most of the time, and I only cancel plans because I get really bad headaches most of the time. Everyone needs to calm down.”

“Mr. Gibbs is still struggling to get past a barrier to admit there’s a problem, but if that lush thinks he’s functioning I assume he must be suffering from some form of psychosis, or maybe just doesn’t understand what that word means,” stated Dr. Mary Hill of Blue Hills Recovery Center, who has conducted four court ordered assesments of Gibbs’ condition. “The first time I met him he reeked of cheap whiskey and asked if I could spot him $5 for a bottle of Mad Dog. Of course, this is before he puked on my shoes and said it was ‘something he ate.’ If his friends cared about him they’d get him in treatment. Or at the very least, a dictionary.”

At press time, Gibbs was slurring that he was going to kick Hall’s ass next time he sees him to the other winos waiting for the liquor store to open.