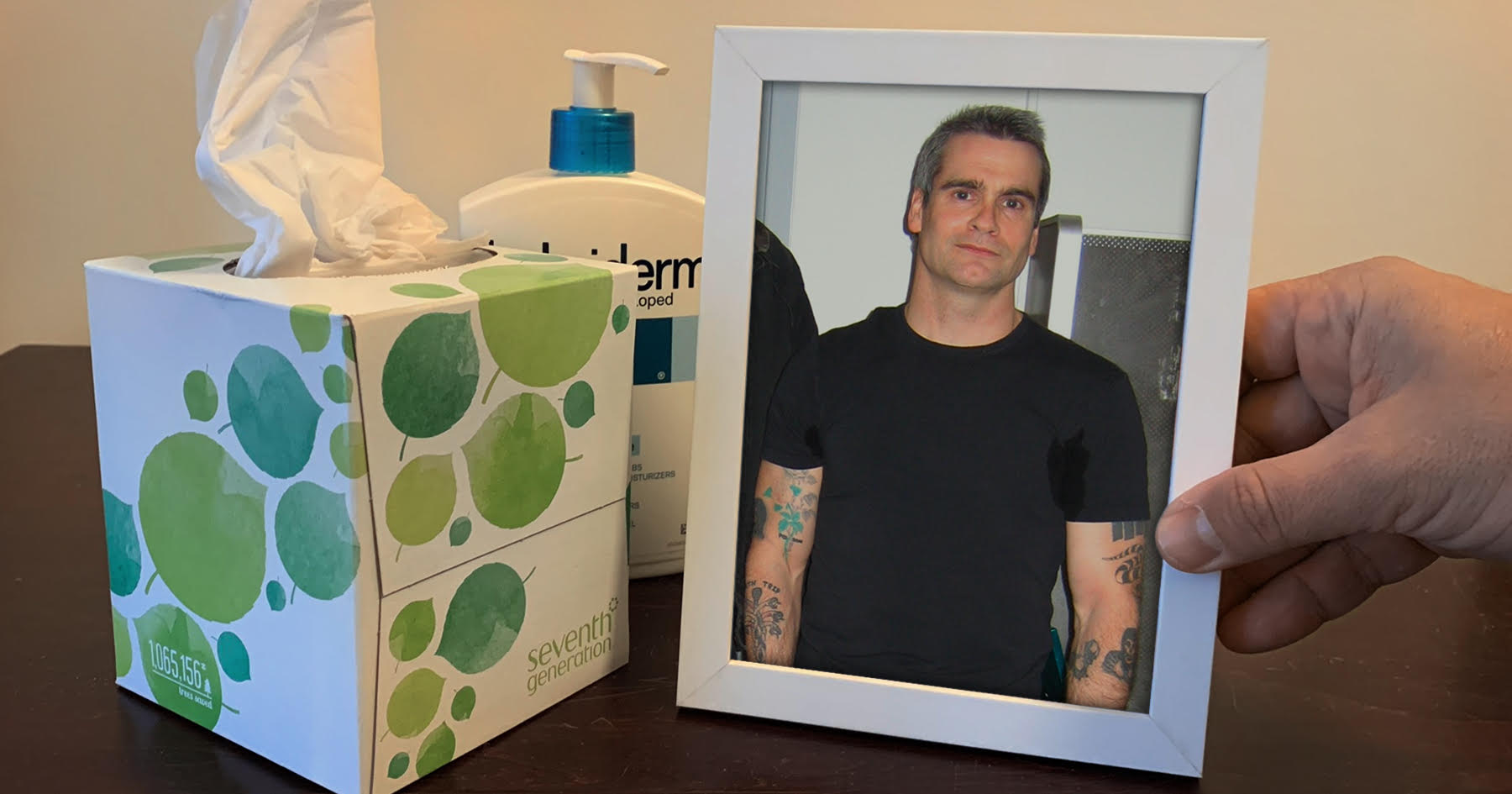 Rollins’ no-nonsense, uncompromising persona has reportedly made Boyer so uncomfortable in photo form that he’s considered removing the picture from his bedroom completely.

“I read somewhere that Henry Rollins only takes cold showers and fasts regularly, so there’s no way he ever masturbates,” said Boyer. “I thought about moving the photo to my kitchen… but imagine what Rollins would think of my diet? And the bathroom’s out, because that dude probably never shits.”

“The other night, I came out of the bathroom and saw [Boyer] saying goodnight to the photo,” said Parsons. “Later, we tried to have sex, but Ollie kept glancing at the nightstand and losing his erection. He was finally able to finish, but screamed, ‘I’m sorry, Henry!’ when he came.”

For his part, Rollins claimed he appreciated Boyer hiding his photo, but was still disappointed in him.

“I’m glad he’s not desecrating his body in my photograph’s presence,” said Rollins just after his morning 11-mile sprint. “However, him placing my photo in his bedroom, where he likely wastes eight hours a day sleeping — despite my proving the human body only needs three hours of sleep each day to function — is a huge middle finger to everything I stand for. So, fuck you, man.”