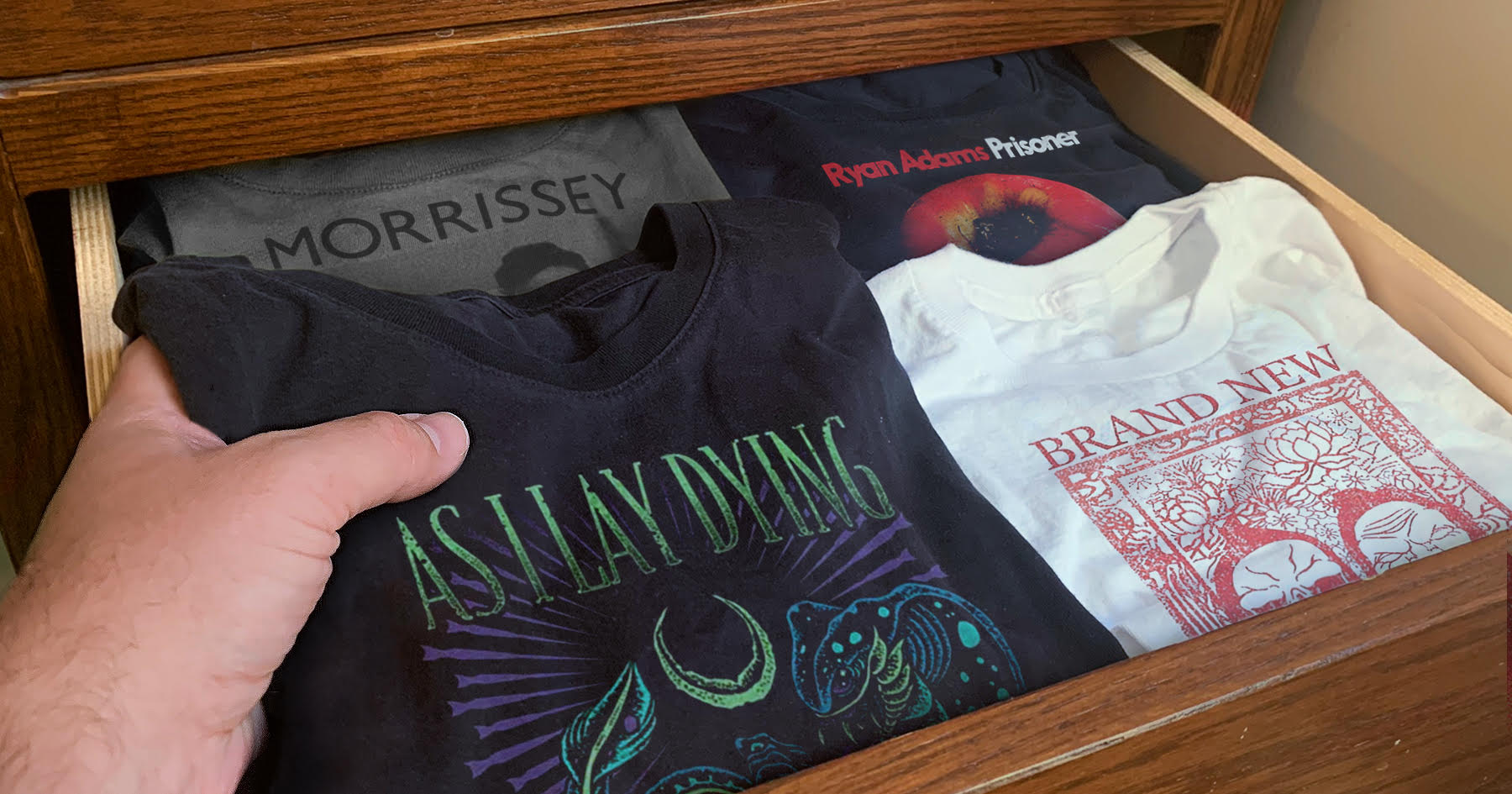 ALBUQUERQUE, N.M. — Local punk Ivan Gomez gingerly set his “Meat Is Murder” T-shirt today into a new drawer set aside for band shirts he is no longer allowed to wear in public, sources close to the somber man confirmed.

“I remember seeing Morrissey in Austin… I was so inspired, I jumped on stage to hug him,” said Gomez, weepily folding his bootleg “First of the Gang to Die” Morrissey/Misfits shirt into a perfect square. “That night, his security tackled me, Morrissey spat in my eye, and then he kicked me square in the face. It was the best night of my life.”

However, Gomez’s partner Nick Lane is relieved that artists doing stupid shit in the face of slow album sales is affecting Gomez’s choices.

“I love Ivan, but let’s be real — he wore his As I Lay Dying shirt to our anniversary dinner. Something needed to change. He even had the nerve to wear a Fred Perry with the gold trim to my mom’s funeral like it was some sort of fucking tuxedo. I almost broke up with him right there,” Lane said. “I mean, sure, telling your fans that Britain isn’t ‘white enough,’ or hiring a hitman to murder your wife, or starting an anti-Muslim fraternity that isn’t allowed to masturbate is probably bad for the world or whatever… but, for some people’s fashion, it’s actually a positive influence.”

“We’re working with IKEA’s hottest designers on a dresser with a hidden, extra drawer just for your problematic shirts,” said Peters, who visibly flinched every time he received a text message. “Whether it’s Morrissey memorabilia, or a Skrewdriver shirt you really want to hang on to until the controversy dies down, you won’t have to throw it away. Just stuff it in the problem drawer, and wait until the hype blows over.”

However, the new drawer, slated for release this autumn, isn’t happy with its task.

“I will be packed day in and day out with racists, murderers, and sexual molesters. I don’t deserve this,” said the drawer. “Fuck me… why would anyone buy a Burzum shirt in the first place?”