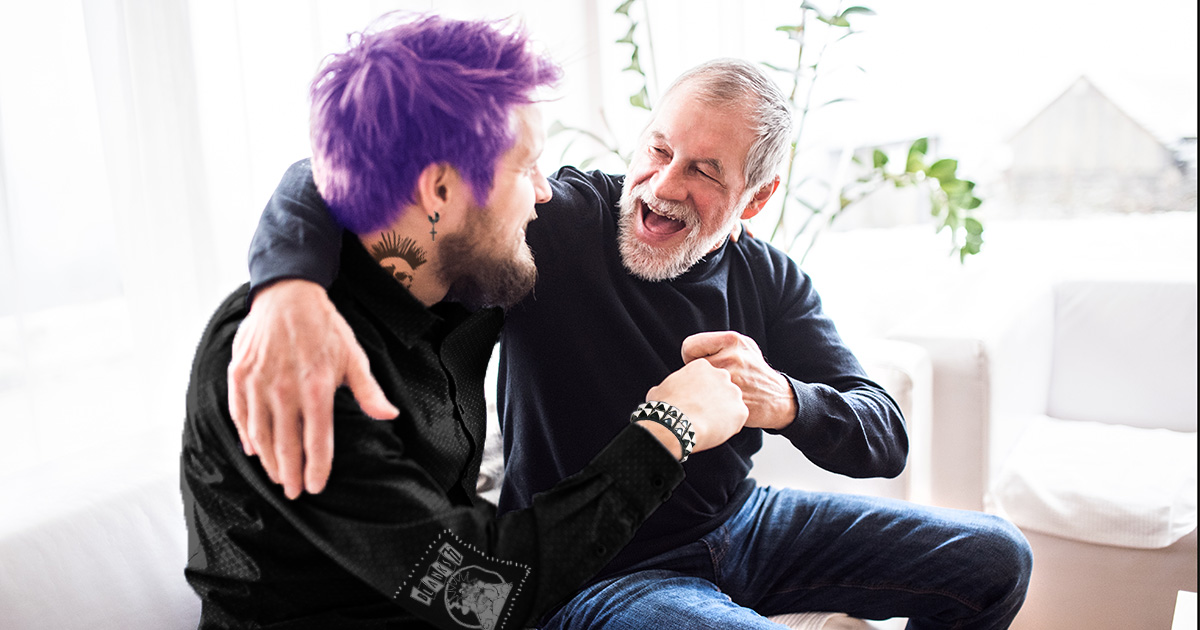 “I used to hate my dad’s lame stories about playing college football before they made him stop from all the concussions,” said the 19-year-old Joe, who plays drums for local punk band 666/420. “But last week, I blacked out at a show after I got booted in the head by a guy doing mule kicks in the pit… and when I came to, my dad and I were standing in the backyard, drinking beer and playing with a stray dog. He couldn’t remember how he got there, either. We shared a big laugh over that one until we realized it actually wasn’t our backyard at all.”

Though the relationship with between the punk and his father, 44-year-old construction worker Norm Ricchio, had always been fraught, both report they’ve gotten along better in recent months — now engaging in standard father/son activities, such as punching holes in the living room wall and walking aimlessly along major highways muttering to themselves.

“When I was in high school, my buddies and I kicked the shit out of punks,” the older Ricchio admitted while taking a break from screaming obscenities at the Jets game on TV. “It used to piss me off that my son liked that stupid, pansy shit and dressed like a goddamn fucking asshole. But lately I’ve realized that we actually have a lot in common: like violent mood swings, and extreme sensitivity to light. I guess the apple doesn’t fall far from the ARE YOU FUCKING KIDDING ME? I’M GONNA KILL THIS GODDAMN REF!”

However, neurologist Angela Reyes thinks their feel-good story may be cause for concern.

“These brain scans are extremely troubling,” explained Dr. Reyes. “Years of heavy drinking, head injuries suffered from fist fights, and a general lack of basic self-care have caused significant damage to Joe and Norm’s respective cognitive functioning. As we say in the medical field, they are both at risk of going full-on Ozzy.”

At press time, the pair were reportedly heading to a hockey game, where the older Ricchio assured his son that they would never make it inside because they would get far too drunk beforehand and try to tackle a few security guards together.