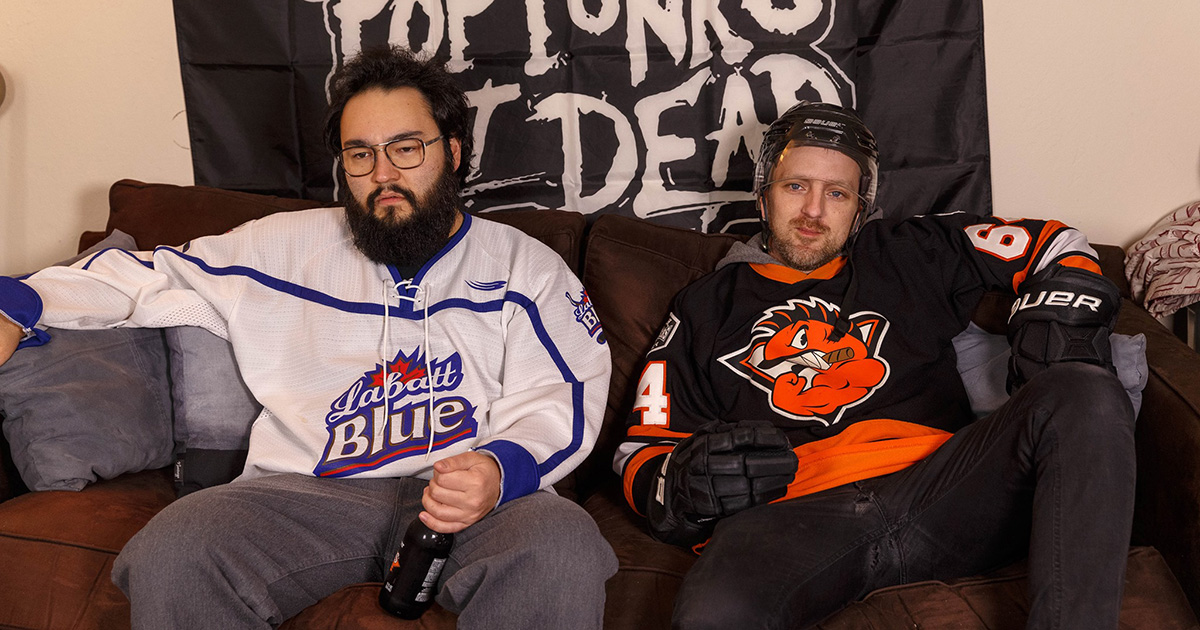 “This stage-diver was passed my way at the Fightsong show last week. I put up my hand to support him, and felt the unmistakable mesh polyester of a hockey jersey — sure enough, the dude’s sporting a vintage, sweat-stained sweater,” said local punk Alan Vahan. “Yeah, he was also wearing shorts… but dudes like that wear shorts no matter what. There’s no denying it. Summer is over. So depressing.”

“Damn. I can’t believe winter is right around the corner. It felt like only yesterday I made all my jeans into cutoffs and my Doc Martens into steel-toe sandals. I’m betting high school kids are just about ready to go back to skipping all their classes,” said Potenza. “I’m not sure why, but it feels like punks start putting on their hockey jerseys earlier and earlier every year. Maybe it’s just that I’m getting older… or maybe it’s just climate change. Or perhaps the NHL moving up the start of preseason following the 2015 season. Who knows, really?”

Meteorologist Katrina Liepa noted that while summer may be over, early fall temperatures can still make hockey jerseys very dangerous for punks.

“Yes, it is autumn, but this time of year is still particularly hot. I highly recommend punks consider getting into basketball, football, or any other sport where the jerseys have short sleeves,” said Liepa. “However, if you insist on being a hockey fan, try using this simple rule of thumb: if your dad is making jokes about the size of his sausages, it’s still too hot to wear a hockey jersey. But if he switched over to pumpkin spice jokes, you should be ok.”

At press time, Vahan was dreading his first sighting of a UPS driver wearing long pants, which would mark the unofficial start of winter.