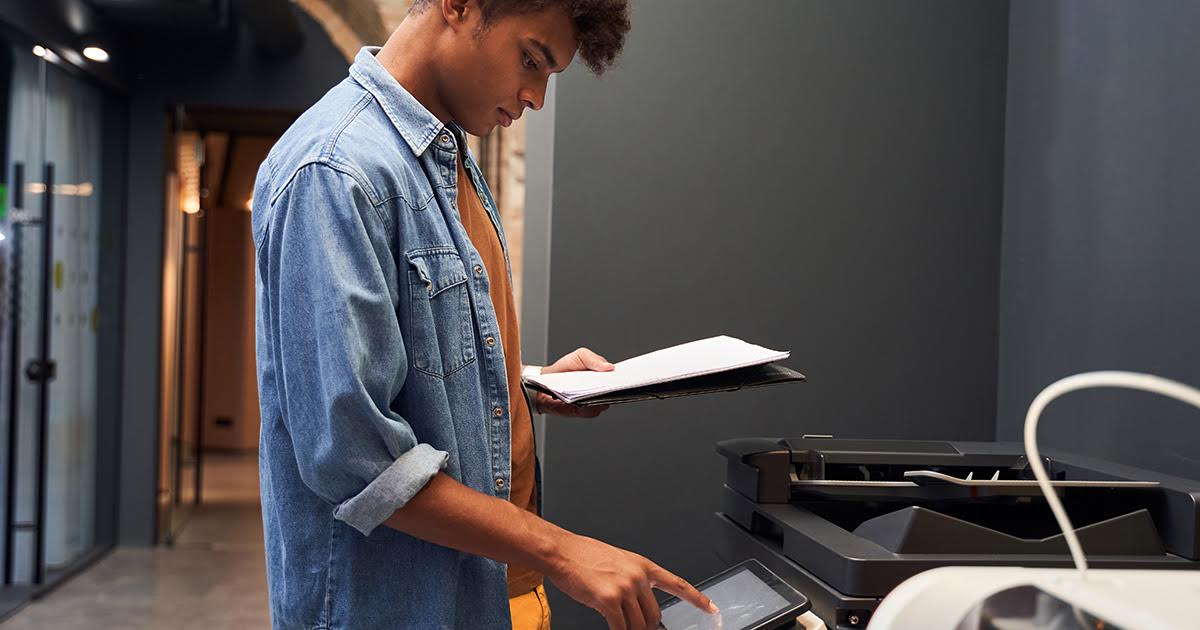 SYRACUSE, N.Y. — Local punk and administrative assistant Ross Taylor celebrated fifteen years at a job that he claims he only really keeps because of the easy access to a Xerox machine and free office supplies, confirmed multiple coworkers.

“I don’t really even need to be here,” Taylor reported while eating a slice of cake that was purchased in honor of his time with the company. “I really just show up every day from eight-thirty to five so I can print some flyers for my band’s shows and hard copies of my zine ‘This Anarchist Life.’ Plus, they are probably losing money on all the free coffee I drink. I mean, I’d just be sitting at home watching TV during the day, I may as well get paid for playing on Facebook and preparing the occasional spreadsheet.”

Taylor’s coworkers, however, feel like he may be deluding himself.

“He started as a part-time clerk in order to pay rent until his band made it, whatever that means,” Human Resources Manager Leslie Hopkins. “That was fifteen years and three promotions ago. He may say that he only stays here for the office supplies but he’s one of the hardest workers in the office. He used to show up in tattered jeans and offensive t-shirts and now he’s business casual through and through and is usually the one who collects signatures on birthday cards to keep morale up. He just bought a house for Christ’s sake, he isn’t going anywhere.”

Career counselor Jasmine Bailey explained that this is a very common occurrence.

“We consider it a form of Stockholm Syndrome, where the person has convinced themselves that they are taking advantage of their employer over reams of paper and free internet,” Bailey explained. “Suddenly they look up and they are vested in a 401k, going to their boss’ kid’s birthday parties, and designing their new corner office. Next thing you know their band is just playing cover songs at a bar and grill on Fridays.”

As of press time, Taylor stated he was about to quit but decided to stay in order to use the office’s upgraded Zoom account to start a podcast.