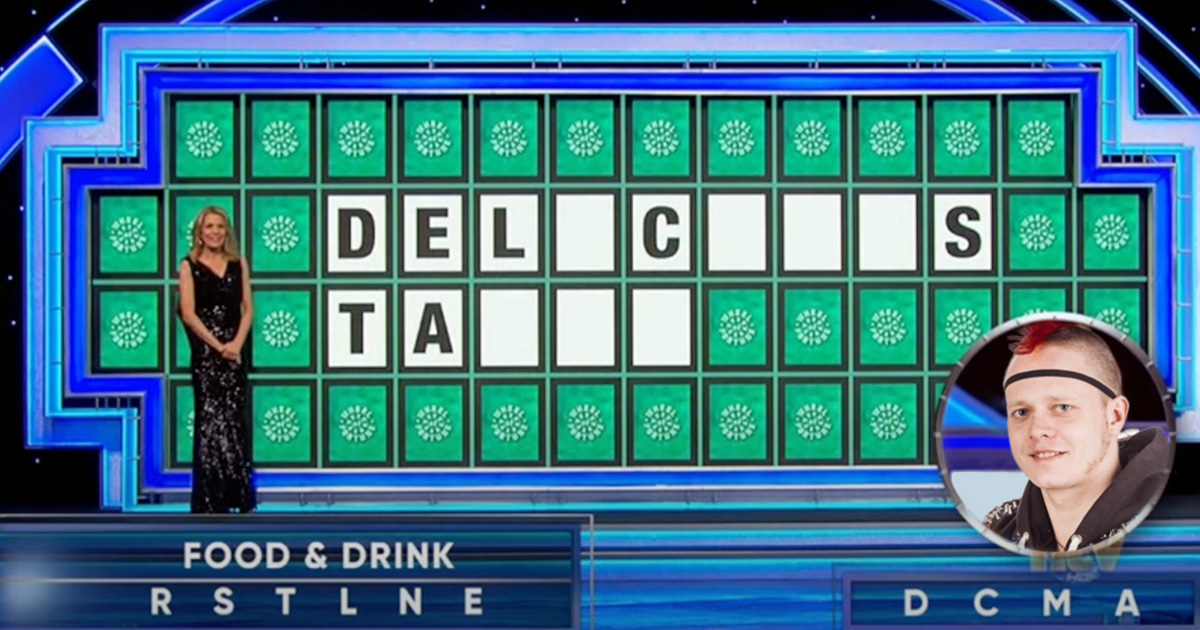 “I’ve racked $5,000 on this puzzle so far, and I know this is just hypothetical money but I’ve never seen so much of it in my life so I gotta hold onto as much of it as I can. I keep telling Pat (Sajak) that if I can bum an ‘E’ or even an ‘A’ I will definitely get back at him later once I solve this phrase. I’m totally good for the money,” said Hughes. “The fucking producers keep telling me I have to buy a vowel. First of all, I haven’t paid for anything in three years, and I’m not about to start with buying the fucking alphabet. They’re lucky I just don’t take the million dollar wedge and walk out.”

Host Pat Sajak admitted he’s seen many unconventional contestants in his 40 years on the show, though none were ever this difficult.

“I didn’t think the rules of the game needed any explanation, but here we are. We usually film two or three shows a day but this asshole has grinded production to a standstill because apparently we’re running a charity here! Every spin he’s trying to beg me to loan him a vowel until the next round, and I have to try to not strangle him,” said Sajak. “It’s already been three hours and we’re not even midway through the game. It also didn’t help that his anecdote was a 20-minute rant about how he was arrested for desecrating a war memorial. Vanna had to take a break because her feet started bleeding because she was standing around so long.”

Executive producers scrambled to get the game back on track, though they had little faith in being able to salvage the show.

“We strive to have contestants from all races and backgrounds compete but nearly every punk we’ve had has no respect for the rules. I don’t know how many times I have to learn to not let on people who root through the lot’s dumpsters,” said producer Ellen Fein. “Mr. Hughes can bitch and moan all he wants, we’re not giving in to his demands. Still, this is a little easier to handle than the time that guy stabbed another contestant on ‘The Price is Right’ after they bet a dollar more on the showcase.”

As the day ended, production was halted indefinitely after Hughes hotwired and stole the Honda Accord meant for the final puzzle’s grand prize.