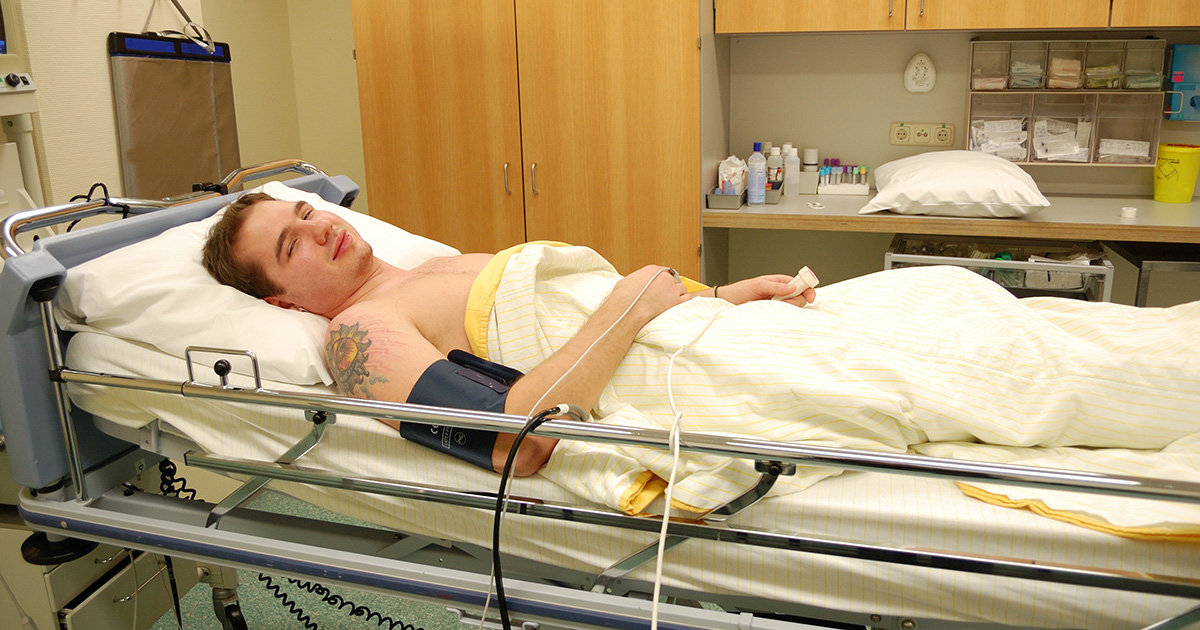 SLEEPY HOLLOW, N.Y. — Dying punk Anthony Mafodda is reportedly on his deathbed today at Phelps Hospital and ready to utter his final words, but is waiting for just a few more loved ones to show up and help fill the space before his last breath.

“Move up, move up — everyone fill in this little ‘fuck your horseshoe’ by my bedside,” said Mafodda, near the end of a long, hard-fought battle with leukemia. “I want to make sure this place is packed out; I think we’re waiting for a few more family members. It’s always frustrating when close, beloved family members show up halfway through emotional moments, so I want to make sure they get to hear as many of my fond memories, deepest regrets and sincerest apologies as possible.”

The family members already there for Mafodda expressed their frustration with the latecomers.

“I was the first one here, even before they were letting family in,” noted Anthony’s younger sister Diane while texting several extended friends and family members to see if they happen to be in the area. “Of course I love Anthony and will miss him dearly, but come on — don’t be disrespectful to those who showed up on time. I think he’s pretty annoyed our cousin Andy got called in to cover a shift and won’t be able to make it, even though he said weeks ago he’d be here and bring his wife and kids.”

The hospital staff are equally perplexed by the delay.

“We need the room — there’s a stage four bone cancer patient heading in here at 10:00 p.m. for a late-night goodbye, and they’ve already confirmed a very large family,” noted physician Caroline Derune. “If he doesn’t start the bittersweet, life-affirming goodbyes soon, then the next patient’s gonna have to start late. On top of that, he really shouldn’t have requested a larger hospice suite if he wasn’t going to be able to fill it. Like, just be honest with your draw.”

At press time, Mafodda was heard asking a nurse if he still gets free apple juice and ice chips despite the low numbers. However, the nurse refused, as Mafodda’s insurance only covers complimentary perks if he confirms a minimum of 25 precious, irreplaceable family members attending before the doors open.