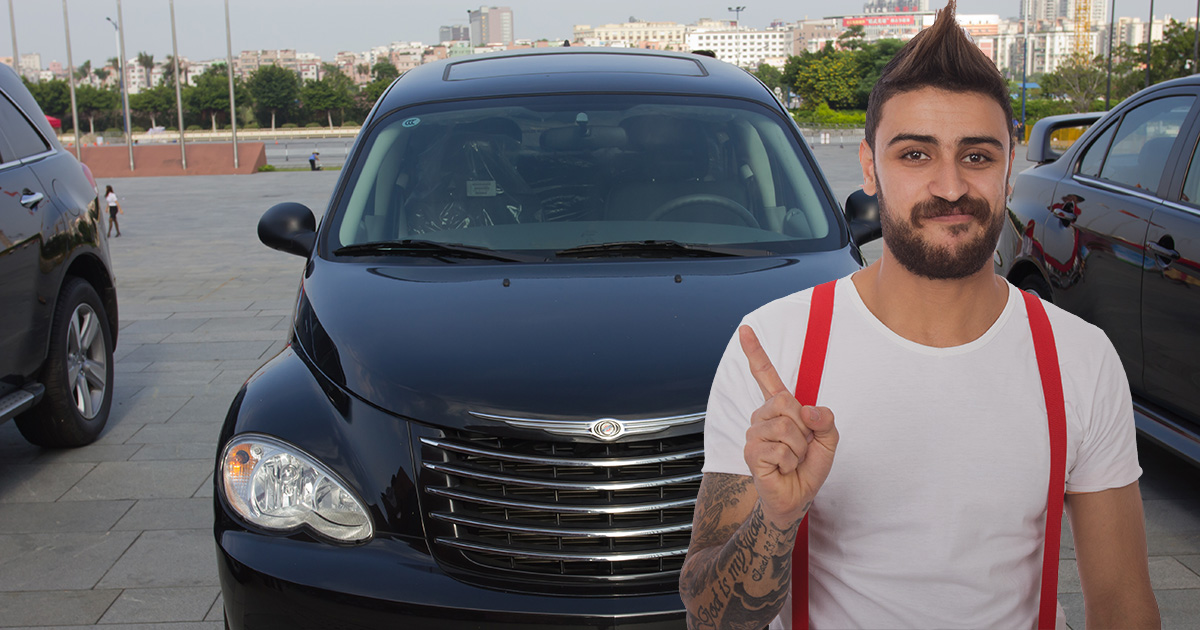 EUGENE, Ore. — Local punk Randy “Dirty Randy” Lopez made a surprisingly well-thought-out and articulated case for the Chrysler PT Cruiser as a counter-culture icon, according to sources.

“My friends give me a lot of shit for driving a PT,” Lopez said while applying a NOFX sticker to the back of the 2002 Cruiser. “But you know what? There’s nothing as counter-culture as rejecting group-think mentality, even from those who reject mainstream music and politics. To stand apart from others by realizing that loyalty or rejection of material shit is just another way dominant culture entraps us in it, that’s really doing your own thing.”

“Also, this baby gets great mileage,” Lopez said, slapping the roof of the vehicle. “And that’s a step towards carbon neutrality. Nihilism is not punk.”

His mother, Tracy Lopez, was familiar with her son’s stance on the 2001 Motor Trend “Car of the Year.”

“He’s always loved that Cruiser, ever since I upgraded to a Honda CR-V last year and gave it to him,” Lopez said. “And he’s been talking up the PT as being ‘the flagship vehicle of anticulture and a deep symbol of personal independence’ for months now, whatever that means. But I guess he’s getting pretty good at it, because he used to just angry cry whenever his little pals would call him ‘Mom Punk.’ Like that’s a bad thing.”

“We here at Chrysler are always open to a new market of consumers,” Zellner said. “While we’ve never considered ourselves all that punk, youth culture has always been a great resource to tap into, regardless of their reasoning or self-justifications. That said, our marketing team does plan on using his case in a national advertising campaign for the All-New P2 Cruiser without any acknowledgment or compensation to him. Which is actually very DIY of him or whatever to not sell out.”

As of press time, Lopez was loading the eight-CD changer in the Cruiser’s trunk and formulating a defense of Garth Brooks.