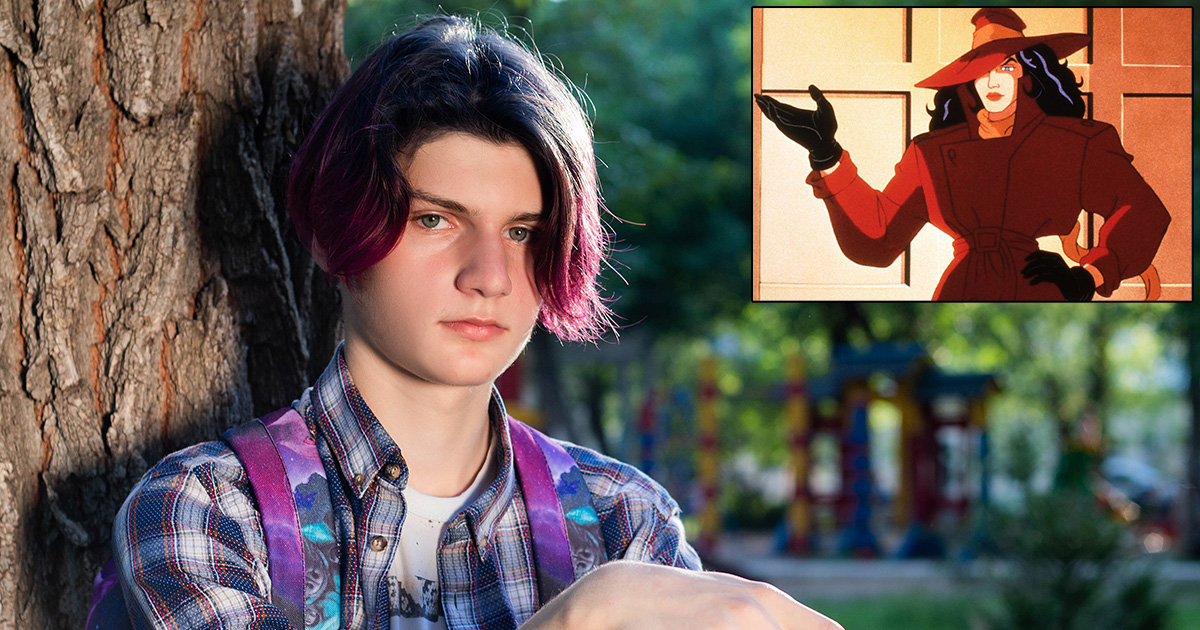 PHILO, Ohio — Local 8th grader and “true” punk Tim Krenalka reportedly knows his geography pretty well, but refuses to participate in any lesson which would alert the authorities to the whereabouts of Carmen Sandiego, confirmed members of the school faculty.

“It’s no surprise to me that the cops can’t do their fucking jobs and need to rely on the help of literal children,” said the rebellious gumshoe. “But don’t come into my classroom and try to get me to help and snitch on her location by asking the capital of Rhode Island because I’m not a rat. Besides, what did Carmen even do that’s so bad? One of the stories said she stole the Coca-Cola recipe. Big whoop! If you ask me, those corporate obesity juice pushers deserve to be taken down a notch. If anything she’s a hero of the people.”

Krenalka’s teacher Kevin Olvera feels that his most opinionated student was missing the point of the video game.

“I get that Timmy here has some strong moral convictions,” said Olvera. “But it is just a geography video game, it’s not a direct link to law enforcement. Normally when I suggest a student play a video game they jump at the chance. Instead, this kid kept ranting about how the Chief was just trying to use child labor and how the cops set up Fred Hampton in Chicago. Ironically he actually knew tons of U.S. capitals because of the civil unrest caused by over-policing in those cities. I mean I guess if he learns somehow that’s all that matters. Though I wish he hadn’t carved AGAB (all gumshoes are bastards) onto the computer desk.”

“Honestly I think the kid is making some good criticism,” said Reynolds. “ACME has become a bloated corpse of a detective agency that only really serves the interests of corporations and rich people who are Carmen’s only targets. Realistically, they deserve it. From now on all geography data will be related to the actual real-life locations of rich people’s homes and where they keep the best loot. Maybe we can breed a brand new generation of Carmens who will finally redistribute the wealth back to the people where it belongs.”

At press time, Krenalka had apparently taken his own bite out of crime by biting the guy in a McGruff the Crime Dog costume who was taking photos with children at the mall.