Punk Kicked out of Scene After Getting Approved for Discover Card 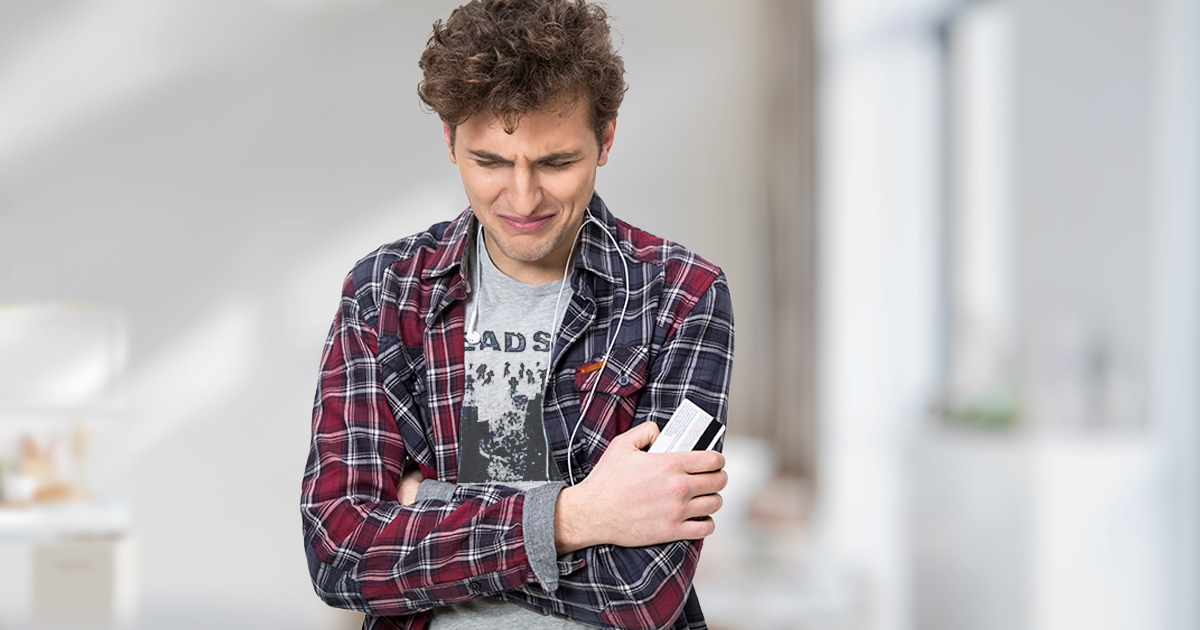 POCATELLO, Idaho — Local punk Tyler Christensen was purged from the punk community after it was discovered that he had been approved for a Discover Card, outraged sources report.

“Don’t know what got up everyone’s ass about me having a credit card. It’s not like it’s going to change anything,” stated the posh motherfucker while checking his cash back rewards. “I figured everyone would be happy, because I got a pretty decent line of credit and could buy drinks and shit. But they just started calling me names like ‘Moneybags’ and ‘Rockefeller,’ which kind of hurt. Now I’m being boxed out of events, and one of my friends told me maybe I’d be more comfortable hanging out at Red Lobster.”

Members of the scene admitted they were disgusted to find out that someone they considered a friend would voluntarily participate in the credit system.

“You need to have a pretty well established credit score in order to get approved for a card as prestigious as Discover. This means that Tyler has been working behind our backs, taking out loans, paying off bills on time, and having a premium Experian account,” noted prominent scene member Luke Petersen. “It makes me fucking sick to think that when he was ordering takeout to our squat he was using his own credit card to earn ‘points’ or whatever. We have a policy of only using stolen credit cards. He violated our trust. I’m not sure how to fix that.”

Experts on punk economics noted that divisions such as this are regular, but usually temporary.

“Members of the punk community often are ostracized by any perceived financial success, which is viewed as selling out. I think this will blow over, though; it’s just a Discover Card, and they offer those to everyone who turns 18,” said economist Anand Dugar. “Once [Christensen] realizes he has to pay back all the charges and is driven into destitution by interest rates and collection fees, he’ll be brought back into the scene, though not without a good deal of ball-breaking that, much like his debt, he will never be able to recover from. He’ll be back to selling scrap metal for beer money before you know it.”

At press time, another prominent member of the scene was put on probation after it was discovered they invested money in the stock market.