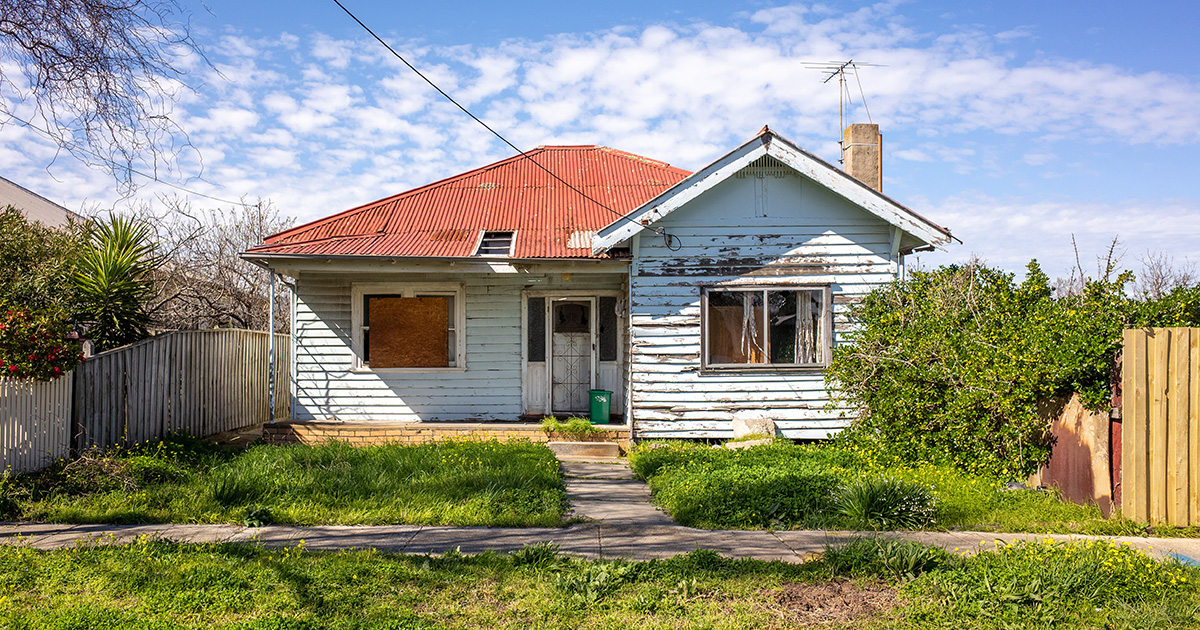 “I honestly still don’t believe it. I asked all my new house mates if it had like, a secret, dumb second name, like ‘The Beer Pit’ or some shit like that. Much to my delight, the name is literally just Nordhoff House. I still think they might be fucking with me,” Hacker said. “I’ve lived in my fair share of horribly named punk and DIY spaces, so you could say I’m pretty excited to live in a house that is just referred to as the name of the street it’s on.”

“The last place I lived was literally called ‘Cumbo the Clown’s Big Top for Big Tops,’” Hacker added. “So, yeah, this feels like a step up from that, for sure.”

Echo Rose, founder of community house and DIY space The Nuthouse, was not as keen about a boring-named punk house.

“Who the fuck do these posers think they are, naming their space after the street they’re on? There’s a precedent set! Do they not respect the spaces that came before us? Have these assholes never heard of The Final Stop, The Fruit Can, The Stnk Villa, or The Sick Shop?” screamed a feverish Rose. “What about House on Haunted Pill, or Cock Tease… or even just The Shit House, for fuck’s sake? Do those Nordhoff asholes not care about the legacy and importance of the place in the valley where Henry Rollins once took a dump in the early 90s? Show some respect.”

However, next door neighbor Zekkereya El-magharbel had a very different perspective.

“At risk of sounding incredibly unhip, I honestly don’t get what the big deal is. If you wanna call your house something, go ahead — I actually call my place the Nap Palace,” chuckled El-magharbel. “If those kids want to call their nightclub house something goofy, I could really care less. It’s not like I’m ever gonna set foot in there anyway. Honestly, I had no clue anyone even lived there, because of all the raccoons and opossums I see hissing over there.”

At press time, Nordhoff House residents were scratching their heads over what to name their WiFi network.