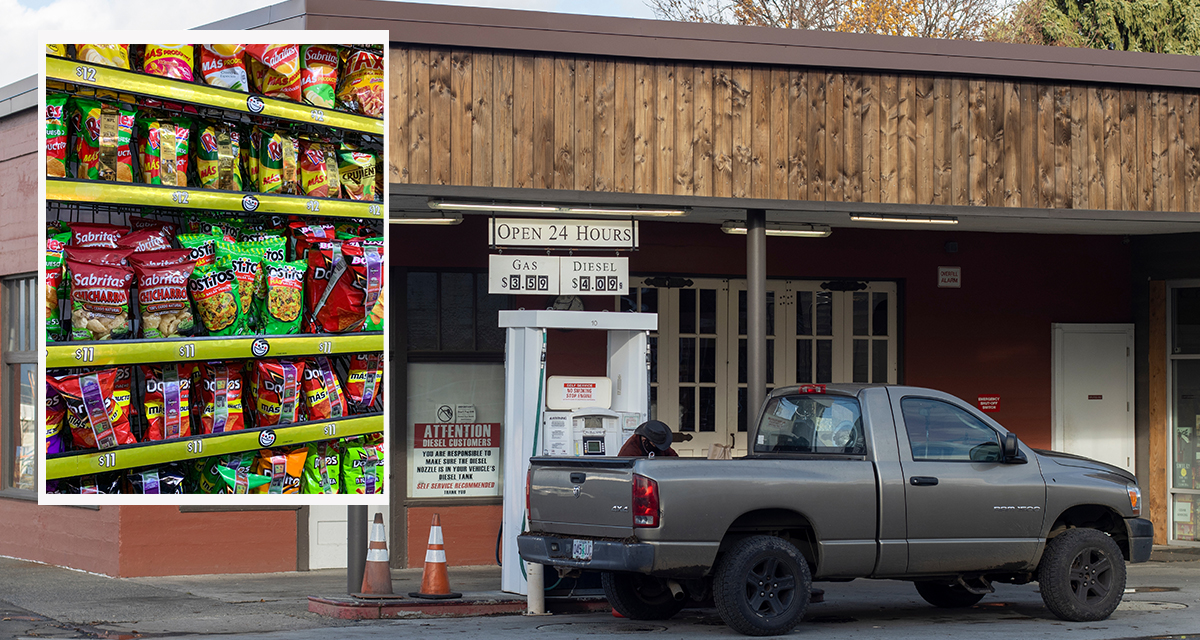 AUSTIN, Texas — Local punk house The Meat Mansion hired the small market attached to the gas station at the end of the street to cater their annual holiday party this year, excited sources confirmed.

“Yeah I mean this gas station is where everyone goes to grab a quick bite and has something everyone likes, plus it’s hella cheap,” said housemate Paul “Skinner” Roubleux. “The Trap House around the corner had a poker tournament they catered, and that’s how I learned the store caters. I mean, they have both piroshkis and tamales in that one small area by the energy drinks they consider a deli and I even convinced them to make one of those big long sandwiches like in cartoons. Also this way I don’t have to keep track of who wants a beer or a seltzer or whatever because they have it all there already.”

Residents of the punk house agree that based on their track record from previous years, professional help was the way to go.

“Last year we had our friends over and tried to bake some Christmas cookies for them the night before,” said Sarah Deutch, who has lived in The Meat Mansion off and on for the past 11 years. “We all got stoned and ended up accidentally turning on the gas to one of the burners. The whole place was filling with gas for hours. Thankfully one of the stray cats we feed was smart enough to turn the stove off and open a window or we could have blown the place up. After that we said no more big cooking or baking projects.”

“It’s all essentially about how you lay things out,” said Lone Star Gas and Gulp assistant manager Angela Bunt. “First you gotta put all the hot items like nachos, burritos, and hot dogs in the same area so there aren’t drunk people tripping over the power cords. Then you gotta have the ‘holy trinity’ of Cheetos, Fritos, and Doritos set out front and center, that’s a must. Also during this time of year we’ll stack up some donuts in the shape of a Christmas tree and let you borrow a couple punch fountains to run red and green Mad Dog 20/20 through. They seem to really like that.”

Tenets of The Meat Mansion are already looking to plan another event after the corner store gas station threw in a carton of cigarettes and a dozen lottery tickets for them to use as party favors.