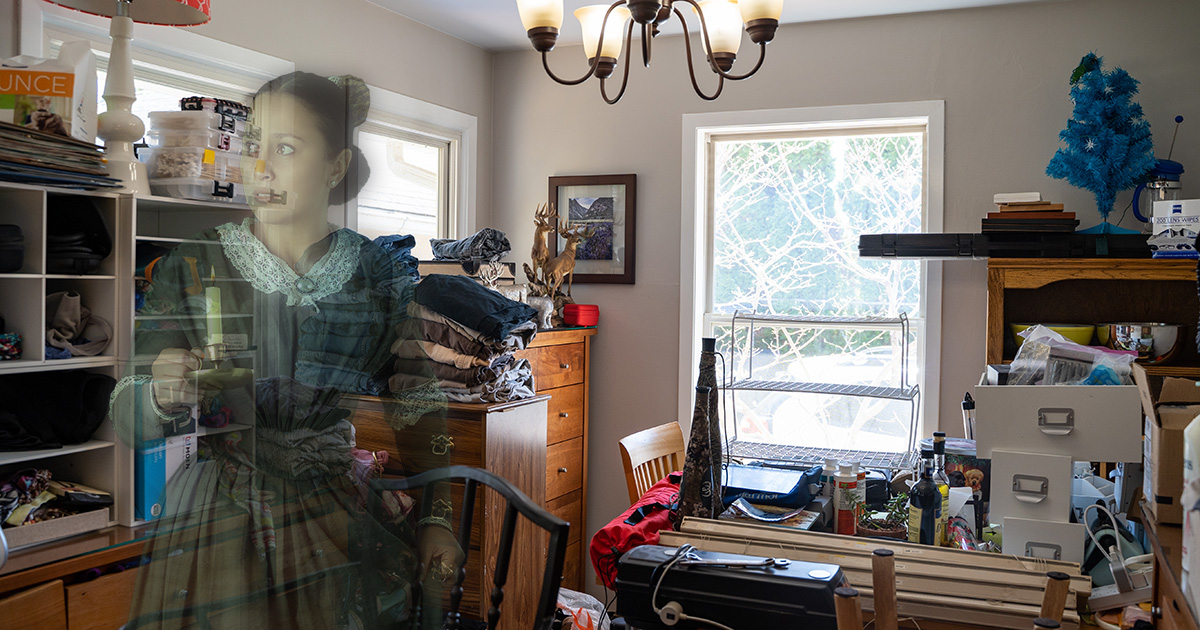 BOSTON — Local ghost Beatrice Ledbetter vowed to abstain from haunting until the punk tenets living in her ancestral home deal with even the most basic of household chores, fed-up sources report.

“I’ve loved every minute of haunting this house for over a century. I’ve flicked lights on and off, stomped on the stairs, and moved furniture in the middle of the night to the horror of many residents. But since these assholes showed up, I’m done. Expecting me to step over a pile of old skateboards magazines and bags of empty beer cans to cause a few scares is beyond my ghastly payscale,” said Ledbetter. “This place is so dusty and gross that I long for the days when I was dying of consumption. I’m not even entirely sure what would scare them. I would make the walls bleed, but all the grime would make it barely noticeable.”

House resident and only person on the lease, Mark ‘Bones” Samuelson, is oblivious to the unusual events occurring inside his home.

“When the band and myself moved in, this place was super spooky. We would hear voices, things would go missing, and we always felt like we were being watched. It was sick. But then after my 17th friend moved in, it all just seemed to stop,” said Samuelson while sitting on a pile of dirty black band t-shirts. “Our drummer is dating this goth, so she brought over a Ouija board, and all that we were able to read was the words ‘broom’ and ‘start a fucking chore wheel.’ I’m not even sure what that means.”

“We can expect to see many changes with spectral interaction. In the past, a seance would be conducted by a qualified medium. Now every time a spirit is called it’s just a room full of Hot Topic coworkers. No person living or dead wants to deal with that,” said Dr. Bustamante. “Overall this may be a good thing. Perhaps those residing on the other side may finally get some rest instead of feeling compelled to haunt at all hours.”

Ledbetter was unavailable for further comment, as she was busy trying to float a can of Comet over to the toilet bowl.