Punk House Cat Turns Out to be Opossum 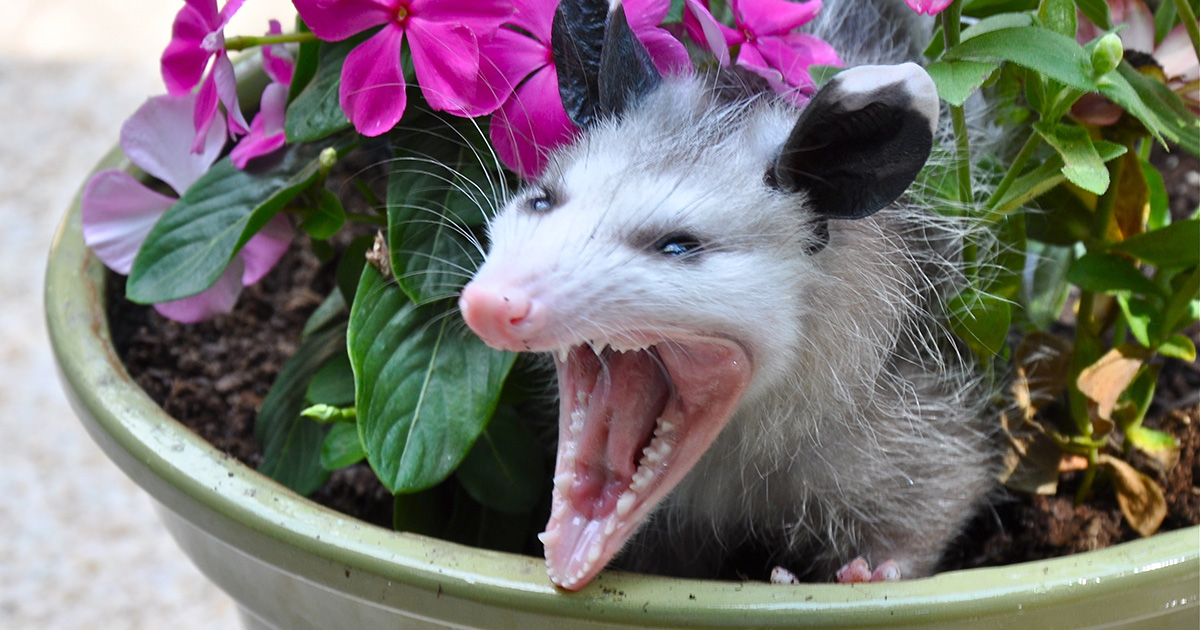 “GG is a fucking badass cat — she’d rather rummage through the trash than eat that bougie fancy cat food,” said Stephanie Bayat, GG’s main caretaker. “But I guess the fact that she’s a nocturnal marsupial makes more sense: she chews off all her collars, and likes hissing a lot. When GG had her babies, she wouldn’t let me near them and even made this DIY pouch-thing to keep them in. What a cool kitty.”

The discovery was made after GG and the nine babies clinging to her back were admitted for a spay appointment, where they were instantly identified by veterinary staff and every dog in the waiting room as opossums.

“This isn’t uncommon, especially with such bad lighting in punk houses,” said veterinary assistant Lynn Harjo. “A few times a month I have to tell some poor kids that they’ve been keeping things like opossums, raccoons, or even very large rats in the house. I find that calling it a ‘poser cat’ makes it easier for them to take the news. Oftentimes, they choose to keep the opossum, and all we can do is simply encourage them to not take it to protests or court dates.”

After arriving home from the vet, a house meeting was called to figure out how to opossum-proof their living quarters to help GG be more comfortable.

“We learned that opossums don’t like bright lights, which sucks because we have all the windows covered in foil. And they don’t like loud noises, which is cool because Stephanie sold her drum kit to pay off her parking tickets,” said roommate Kim McHale. “Apparently, they’re not supposed to drink alcohol, which is news to me — GG Meowlin loves whiskey, so we’ll meet in the middle and make sure she doesn’t drink anything stronger than a craft beer.”

At press time, GG Meowllin was chewing into a childproof container of weed while ignoring the brand new catnip toy next to her, like the badass she is.