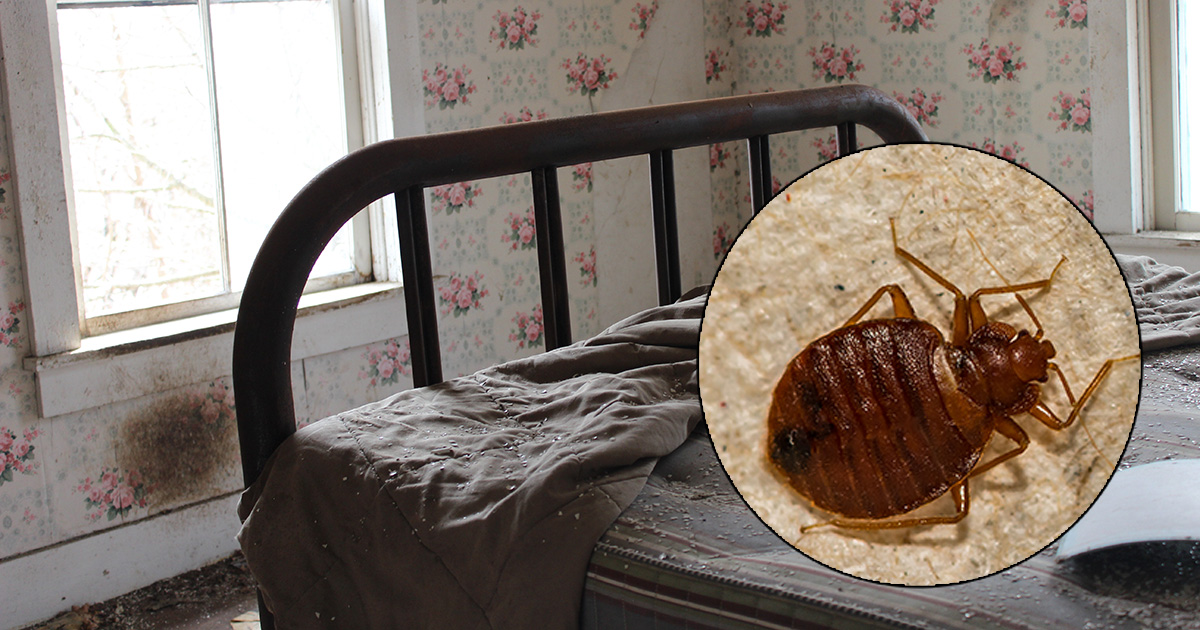 TOPEKA, Kan. — A nine-month-old bedbug currently residing in local punk house and objectively disgusting place, 321, is reportedly at her limit of physical, mental, and emotional exhaustion.

“When I first got here I thought I had it made—every inch of this place is dark, damp, and thanks to a landlord who doesn’t believe utilities are his problem, hot as fuck, 24/7,” stated the bedbug, already nearly twice the average bedbug age thanks to the decrepit conditions it’s housed in. “But at this point, I just really need a break. There’s a new crop of bodies sleeping on the floor here every night, the carpets haven’t been vacuumed since before Obama’s first term, and those mattresses that girl dragged in from behind the Super 8 down the street aren’t going anywhere anytime soon. I’m tempted to jump onto the mailman just to get out of here for 10 minutes and take a nap.”

Fellow parasites who inhabit the house share in the bedbug’s grief over having no days off, or even hope for a break in the foreseeable future.

“We’re currently in talks to join forces with the scabies on Jamie [Sherman’s] wrist and organizing a walkout, but I just heard from a very reliable source that she joined her friend’s band on tour for a few weeks, so who knows what she’ll come back with,” said a flea, while communicating with a team of body lice over handheld walkie-talkies. “Plus, you know those damn crabs aren’t friendly to unions, at least not since that electric razor in the bathroom got its batteries replaced. We’ll just have to carry on in the meantime.”

Punk house residents have no plans to change the conditions of their dwellings and recommend any and all pests “take a hike” if they aren’t OK with it.

“We give these fuckers endless food, countless cramped, old sleeping bag-covered surfaces to rest in, and an inexplicably humid bathroom any disease could only dream of multiplying in, and this is the thanks we get?” said occasional house resident when he’s back in town for a minute, Shel Horwiz. “Well if they don’t like it they can just go find some other house full of people to make all itchy and gross. I’m not gonna beg them to stick around, I have standards.”

At press time, the bedbug was seen giving herself a pep talk in the mirror before scurrying across the room and biting Horwitz on the back three times.