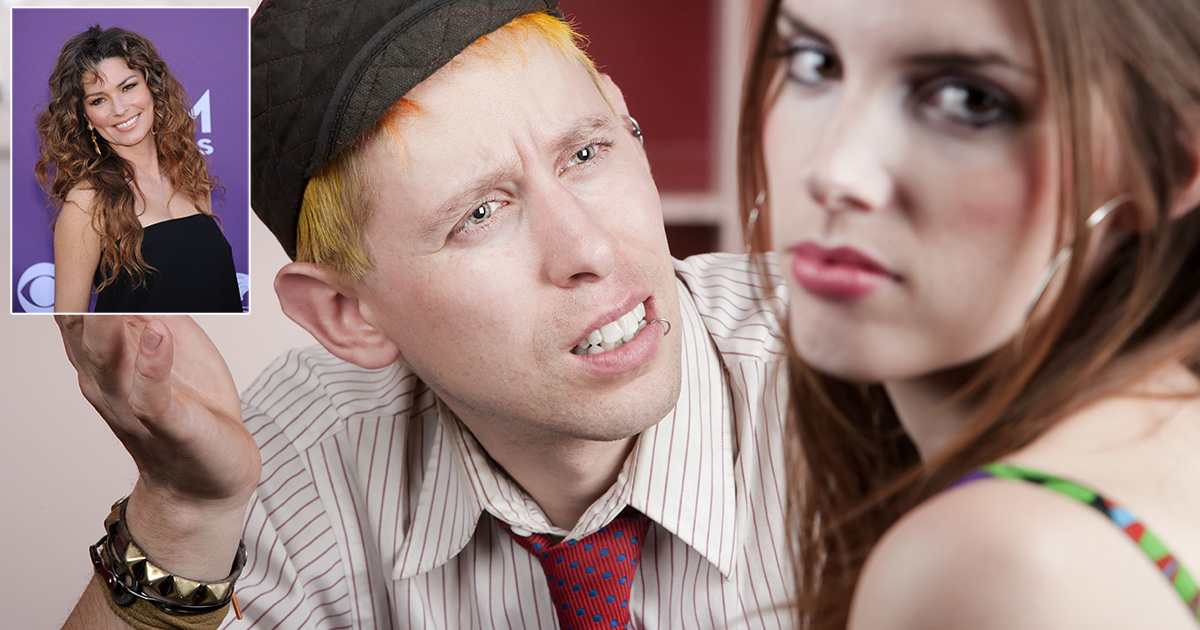 “Country-pop is the worst pile of shit ever pinched off by the corporate scum who run the record business, but Shania didn’t create that world, she just conquered it,” said Matolka, bassist for local horror punk band The Period Havers. “She grew up really poor and struggled for years grinding it out in small-town dive bars, and I mean yeah, she eventually sold out and did Vegas and all that, but after what she’s been through, who the fuck wouldn’t? And did you know she almost lost her voice because of her battle with Lyme disease? It’s fucking insane.”

“We were in an Uber on our way to rehearsal, and ‘You’re Still the One’ came on the radio. We see Betty kind of bopping along, so Gertrude goes, ‘Yo Betty I didn’t know you were such a Twain head’,” said Clitface. “And then Betty starts going off for two hours about how Shania’s songwriting is better than Mutt Lange’s, that he gets too much credit, and he’s a piece of shit for fucking Shania’s best friend when they were married. Like, we get it, Shania Twain doesn’t totally suck but can you please shut up anyway?”

Ethnomusicologist Elaine Montgomery noted that in punk subcultures, neurotic hand-wringing about the concept of authenticity, known as ‘cred’, is not uncommon.

“International country-pop couldn’t be further from punk rock aesthetically, but Shania Twain’s life story exemplifies a certain working-class, DIY ethos that punks revere,” she explained. “But unlike 99.99% of punks, Shania Twain achieved mainstream success, which of course leads to the ‘sell out’ label. In short, a punk like Ms. Bloodfucker can’t help but love Shania Twain, but hates herself for it, and tries not to give a fuck at the same time. It’s cognitively and emotionally taxing.”

At press time, members of The Period Havers were seen burying their heads into nearby couch cushions after a bartender dared bring up Britney Spears.