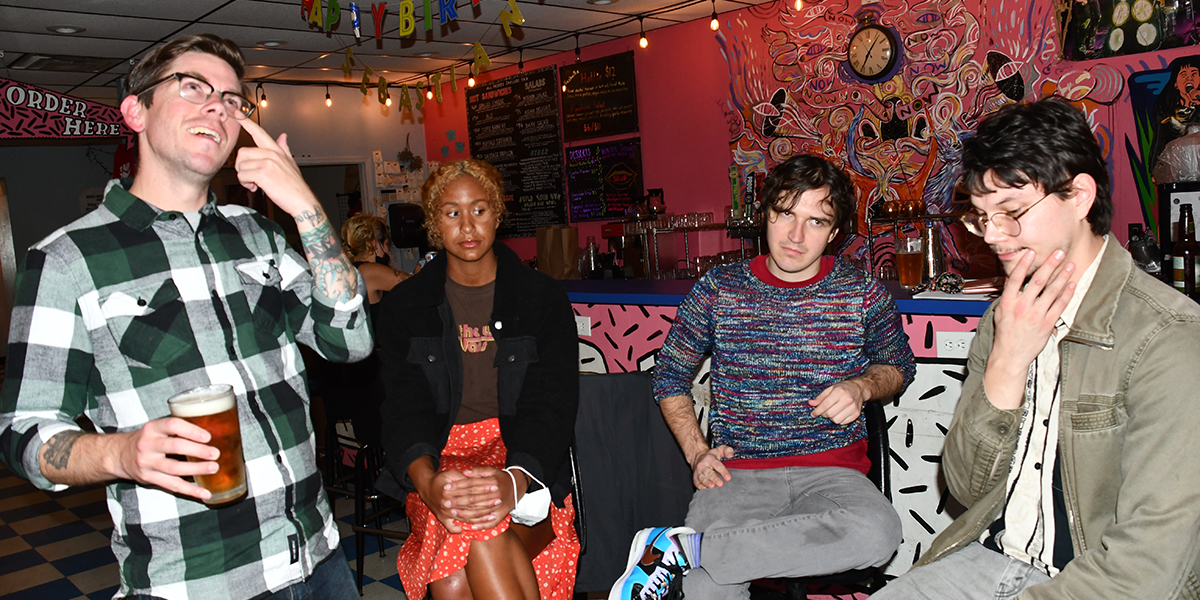 LOS ANGELES -— Local punk Martin McGinnis became wistful and teary-eyed while reminiscing about the time he met punk legend Henry Rollins at a GNC supplement outlet nearly four years ago, confirmed sources who are already intimately familiar with the story.

“The crazy thing is that this was my first time in a GNC. I had just been embarrassed by a push-up challenge on Instagram and I wanted to try to bulk up with creatine. Then just outta nowhere there was Rollins, in the flesh, totally blocking the energy bar aisle,” recalled McGinnis who insisted that he just had something in his eye. “It’s kinda crazy to think back on – so surreal. I mean the guy’s a legend but you always kinda forget how he still needs to buy fiber supplements and echinacea the same as anybody else. I told him I loved Black Flag and he nodded at me and immediately left the store, such a cool guy.”

“It’s kind of sad at this point. As a general rule I try not to pay attention to the customers even if they’re talking to me directly. But it’s tough to ignore the guy that comes in and tells everyone who will listen about Henry. I feel bad, Henry is a regular and this happens to him all the time. I usually stay open an extra hour on Thursdays so he can shop without being hounded by these people,” remarked Goddard. “But this one was particularly bad because that guy squealed like my seven-year-old niece when I brought her to see BTS. I was really just glad Henry got out of the store before it got out of control.”

Rollins says that encounters with overemotional fans are quite common.

“I don’t know what the fuck is wrong with these people. It’s usually the skinny twerps that come up to me and tell me how much I changed their life. Well, I did a shitty fucking job because these people need to get their shit together,” said Rollins. “They need to stop putting me on a pedestal and they need to take control of their own destiny. And they also need to stop asking me for photos when I’m eating fucking dinner. You really want a picture with me when I have Italian dressing all over my face? Move on.”

McGinnis was last seen openly weeping while recounting the time that Thurston Moore cut him off on the highway.