Punk Forced to Purchase Cocaine Instead of Huffing Gasoline 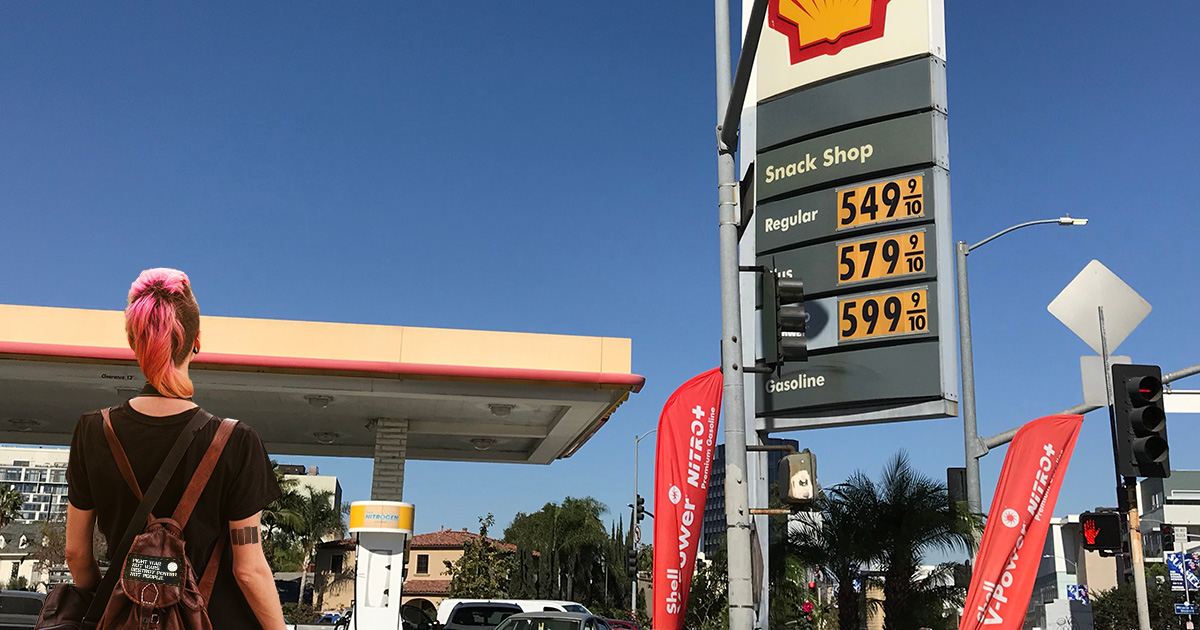 “I’m a man of simple pleasures. I like to go to shows, grab some gas station taquitos afterward, and then fill my can. But none of that Valero bullshit. You gotta spring for the top-shelf gasoline. Techron straight fucks me up,” explained Carr. “But after gas prices pushed six dollars a gallon, I realized this wasn’t going to be financially viable long-term. It was clear after a cost-benefit analysis of some illicit substances that I had to make a transition to coke. So I got myself an eight-ball to get started and the rest is history.”

A member of the Palmdale Sheriff’s Department, Sergeant Angel Ramirez, noted a recent encounter with Carr.

“Mr. Carr was detained and later released along California State Route 14 after his vehicle was searched for suspicion of narcotics possession. A Replacements cassette, Chevron credit card application, and trace amounts of white powder were found. Mr. Carr was very adamant about his gas huffing days being over, and I’m glad to hear it,” Ramirez said. “He’s had some run-ins with law enforcement in the past, most recently at a Bass Pro Shop in Rancho Cucamonga a few months ago. He was found extremely agitated and seated in a canoe wearing a fishing bib, swinging an ore at employees who attempted to remove a boot that had become stuck on his head. I think this new habit will be best for everyone.”

Paula Johnson, Carr’s girlfriend, is happy with his recent change.

“You know, I wouldn’t call Seth an active person. I’ve talked to him about his laziness and tendency to neglect household duties. It’s created some friction in our relationship. But ever since he started doing blow regularly the apartment has been spotless. I can’t get the guy to stop sweeping,” Johnson exclaimed. “Seth’s little beer belly is disappearing too. Don’t tell him I said this, but I’m starting to find him more attractive. He just has an air of confidence to him. It’s so different from when he was paranoid that the Michelin Man was following him around town.”

At the time this article was written, Carr was seen cutting coupons for Children’s Robitussin with a razor blade.