Punk Dog Offers to Fetch Your Slippers for a Cigarette 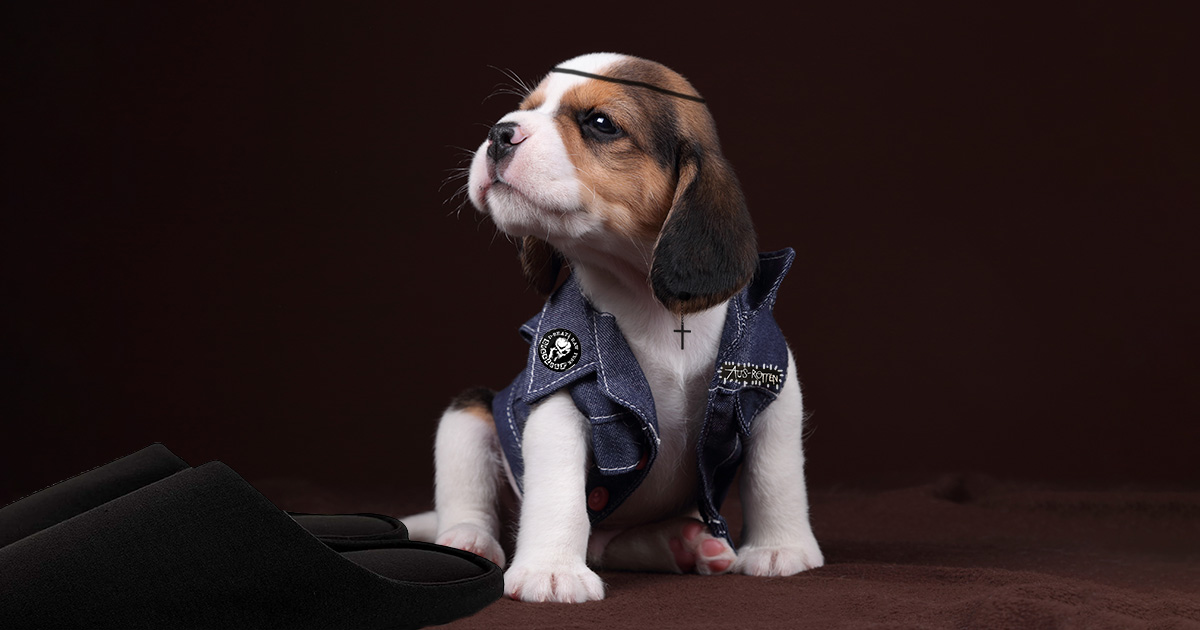 DENVER — Local beagle Danzig used what may be the first words uttered by a canine last week, allegedly to offer to fetch his owner Tim Merrick’s slippers in exchange for a cigarette.

“When he first spoke, I was so excited — three years and he’d never said a thing, and then all of a sudden, I’m able to talk to my best friend,” Merrick said. “But all he said was, ‘Hey man, grab your slippers for a smoke?’ I didn’t know what to do but agree to it. Next thing I know, he’s escaping the house at all hours of the night through the windows, even though he’s got a doggie door that cost me a pretty penny to install.”

The novelty of his new trick wore off quickly among local residents and business owners, including Mile-High Pizza owner Theresa Chandler, who now spots the dog on a regular basis.

“I keep finding the damned mutt in the dumpster out back, eating leftover pies and asking if he can take some of the old plastic milk crates ‘to keep his records in,’” Chandler said. “Once I even found him humping a cat out there. He just bothers us to ask for cigarettes or change, or if we’ll put his band’s show flyer in the window.”

Despite the manipulative efforts to feed his habit, some are impressed with Danzig’s tenacity.

“That dog’s got some real hustle, and I’m not about to shame him for it,” said punk house resident and Danzig’s “roommate” Devon Manetti. “We may be spending more money on cigs than ever, but to be honest, this place has never looked cleaner, and I haven’t gotten yelled at for not separating the recycling from the regular garbage by Tim or his boyfriend in weeks.”

“Plus, a dog with liberty spikes smoking a Newport is doing really great things for my Instagram engagement,” he added.

At press time, the household was hiding it’s cash after their cat Munchie realized she could easily trade laundry detergent for heroin.