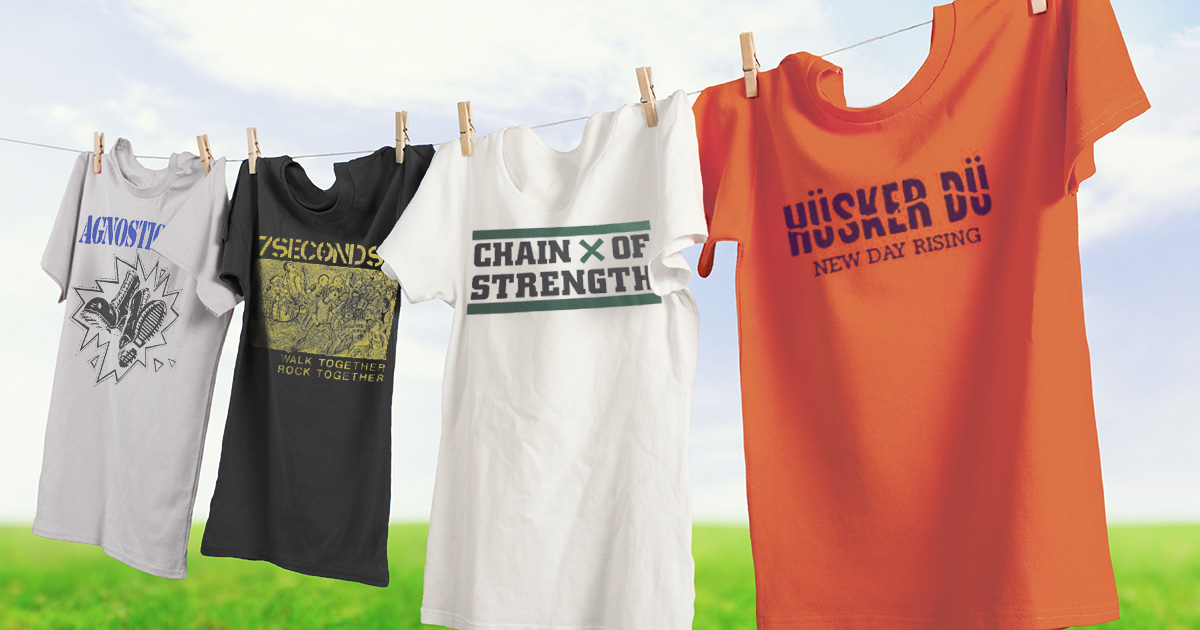 “The abuse has gone on long enough,” said PSM director Lifan Long to those gathered by the front gates on opening day. “There was a time when the medium’s natural habitats — shady downtown venues without fire exits — were bursting with slightly damp, suspiciously chemical-fragrant mediums, just as nature intended. But over the last decade, the number of mediums in the wild has plummeted. That’s why we founded the Rocky Mountain Apparel Sanctuary: we wanted a place for these shirts to hang freely without being immediately snatched up by people trying to flip them on eBay. It’s truly inspiring.”

PSM’s announcement was greeted with praise by merchandise activists, many of whom have protested medium-tee extinction for years.

“I always thought I was powerless to stop it,” said veteran merch guy Cameron Kok. “With each passing year I’d have fewer and fewer mediums crammed into the milk crate I sit on while manning the merch table. It broke my heart. Personally, I blame poaching — most people don’t know this, but there’s a bustling black market of collectors and resellers who have been snatching mediums out of the wild for years. The bastards. Thanks to PSM, however, there’s finally hope.”

While the Rocky Mountain Apparel Sanctuary represents hope to many observers, those further up the production pipeline remain ambivalent to the fate of the endangered attire.

“They’re just shirts,” said Xia Xinyue, who operates a garment factory in Taipei. “Who cares? They were put on this earth to be worn, and anyone crying over ‘conservation’ is wasting their time. If people want mediums, they can just order more of them. Upping production would require us to keep the shirts in even more cramped conditions, but I wouldn’t lose sleep over it — medium shirts could disappear overnight and it wouldn’t matter to me. We make plenty of other sizes, and our larges shrink in the wash anyway.”

At press time, operations at the Rocky Mountain Apparel Sanctuary hit a roadblock as PSM’s researchers puzzled over how to start a T-shirt breeding program.