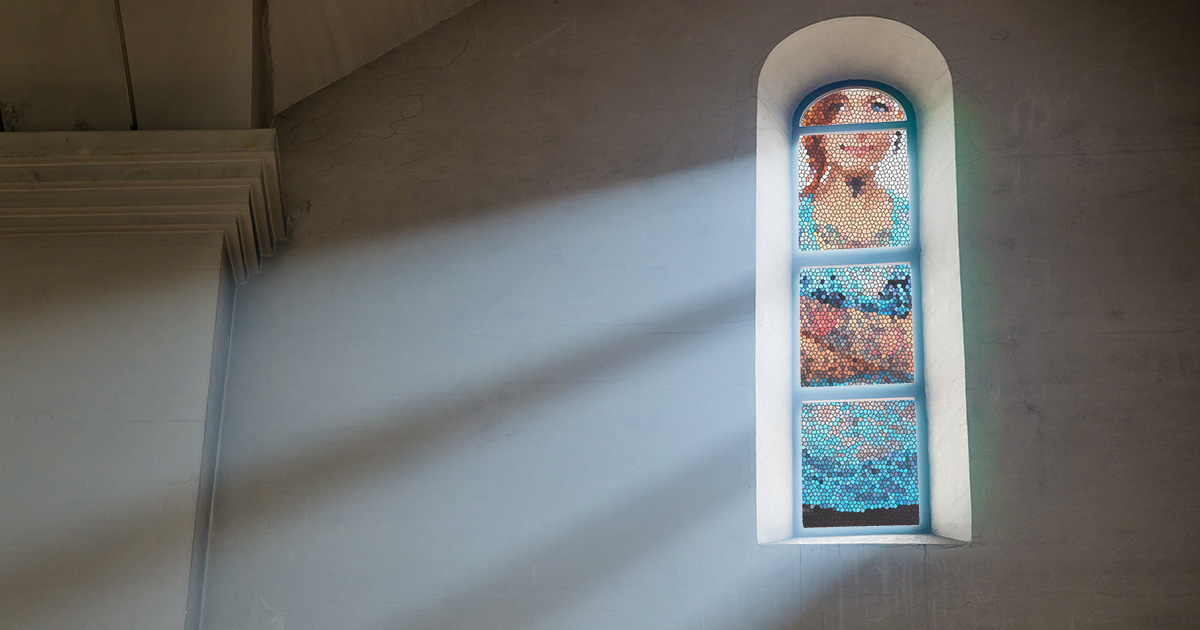 TOLEDO, Ohio — A local punk church celebrated the addition of a new stained glass window today, commemorating the ultimate sacrifice made by 34-year-old Rosie Covelli, who stayed past her friends’ opening set to watch the entire bill of a weeknight show.

“Forsaken by her friends for Chinese food, Rosie could have followed the path of darkness to the bar across the street,” said congregation leader Dougie “Dick Punch” Boggs. “Yet there she was at 1:45 a.m. embracing, somehow, the word of that guy imitating Rick Ta Life and three hours of pathetic flirtation attempts from local band dudes whose friends didn’t show up. For that, she earned this honor tenfold.”

Boggs explained that such dedication remains rare in the scene, including from higher powers.

“I talk to God, and even He gets flaky and standoffish on a Tuesday night,” he noted, admiring the new mosaic made from PBR, High Life, and Genesee empties. “Saturday He’ll be ready to bless shots of Jager until 4 in the morning, but then the week rolls around and suddenly He’s ‘taking care of shit in South America,’ which means parking His celestial ass on the couch and listening to Clash records until He passes out. Sometimes I think He just pretends not to get my prayers.”

However, others fear Covelli’s selflessness will spur members of the punk church to pass more judgment.

“I go to three or four shows a month; I’m not a ‘see you twice a year’ chick,” said Julie Hooper. “But I miss one church-produced gig and Dougie’s friends send me some guilt-laden texts asking if I’ve ‘lost the faith, child.’ No, dicks, I just can’t do inventory at 6 a.m. with my boots smelling like piss and my ears still ringing from Toledo’s ‘finest,’ meaning only, Christian skacore.”

As of press time, Hooper had stormed to the church to hammer her complaints on the door with her Doc Martens, but canceled after only four of the 93 ‘interested’ parties showed up.