Punk Census Confirms Local Scene to be Like, Seven People 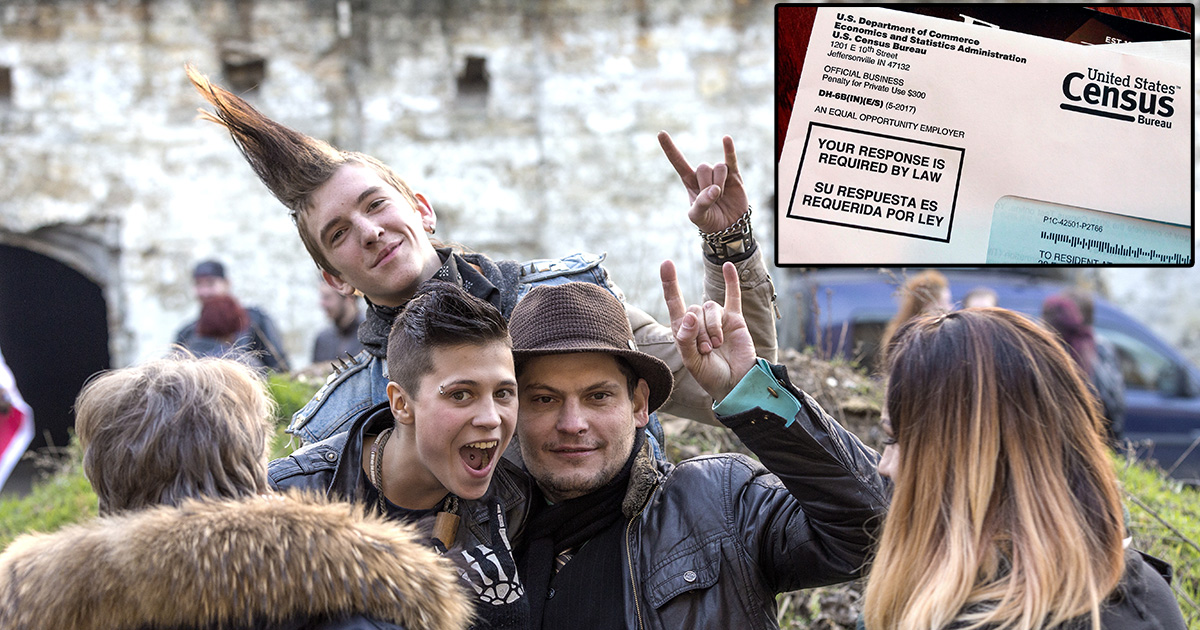 LANSING, Mich. — A new punk census surveyed scenes across the nation gauging the health of local DIY communities, and alarmingly found the numbers everywhere to be at an all-time low.

“I’ve been volunteering as a punk census worker since the early ’90s, and the job used to take you to some really bad neighborhoods of abandoned warehouses and various squats… but now those same places are luxury condos,” said surveyor Kim Halloway, with an official census taker patch stitched to her jacket with dental floss. “It feels like only yesterday there were four different basement shows a night you could go to and get completely hammered — now it seems like everyone has either OD’d, grown up, or moved to a bigger city.”

Shockingly, many of those surveyed had little to no interest in participating.

“I mean, what the fuck is the point of this dumb questionaire? It makes you check a box if you’re a crust punk or a street punk, and it’s all bullshit, man,” said local punk Sam Miester. “The whole thing is a fucking joke. Why do they need to know how much money my parents make? And there’s no real incentive to fill this out — all you get is one free drink ticket for a PBR, but they send it to you like, four years from now.”

“Yeah, this is very bad. Typically the punk census is a good way to gauge which cities punk bands should hit on tour, and we’re basically a ghost town,” said Brinkman. “But now we’re going to have to find different ways of generating interest in live events — most people surveyed were over 35 and admitted they don’t want to risk injury moshing, so it looks like we’re going to have to start booking emo dance nights that end at 10 p.m. to start generating money.”

Punk census officials admitted that participation levels might be lower than in past years following a disastrous ad campaign featuring Deryck Whibley of Sum 41 that made many self-identifying punks disavow any ties to punk culture.