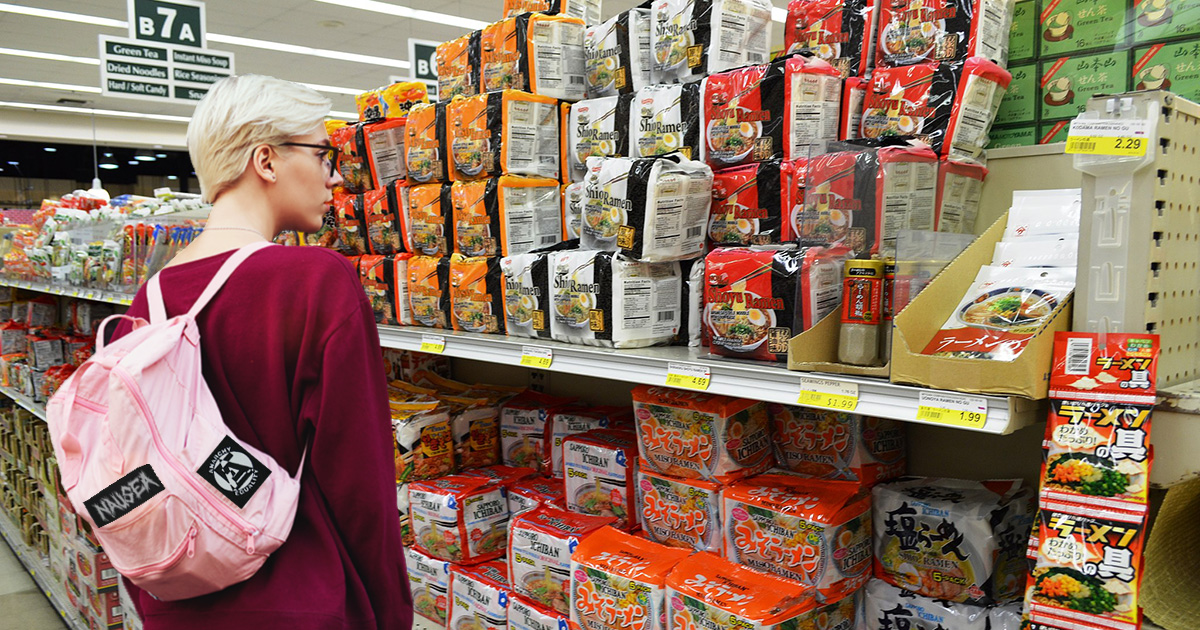 SALT LAKE CITY — Barista and local punk Miranda Byers is celebrating her additional shift at Baxter’s Garden today with a splurge purchase of the “fancy” $2.30 instant ramen for dinner, according to sources.

“I spent my stimulus check in like ten minutes and ever since then it’s been tough getting shifts,” said Byers. “Now that I’m scheduled for 24 hours this week I won’t have to try to sell my bone marrow, and I won’t have to decide between buying cat treats or beer, so it’s a win, for sure. This fancy-schmancy ramen comes in its own cup, and costs like, two bucks — which is pretty steep for one packet of ramen — but I’m sparing no costs with this little celebration. I’m eating like a king tonight!”

“It’s just an extra shift — the most they could possibly be clearing is $80, max. That couldn’t possibly make that much of a difference to their life, could it?” Davidson said. “They went into the back to scream about it in joy on the phone as soon as I told them. I’m happy for them — don’t get me wrong — I just don’t get it.”

However, not everyone in Byers’ life is as excited.

“Yeah, they called me on the phone as soon as they got the news,” said longtime friend Dave Rosenholtz. “I’m happy Miranda will have the extra scratch, but at the same time… I don’t know. Seems kinda braggy or something. I just didn’t know they were making that Shin Black money these days.”

“I guess I’m just like, bitter, if we’re being honest,” Rosenholtz added. “While Miranda’s eating the good shit, I’ll be chowing down on shrimp-flavored Maruchan. Miranda’s a communist, or so they say, so I’m hoping they spread the wealth around and let me get in on the fancy ramen, too. That’s some real primo stuff right there. ”

In another blatant display of wealth, Byers allegedly purchased a five pack of Samyang 2X Spicy ramen on their way home from a double-shift at a coffee shop across town.