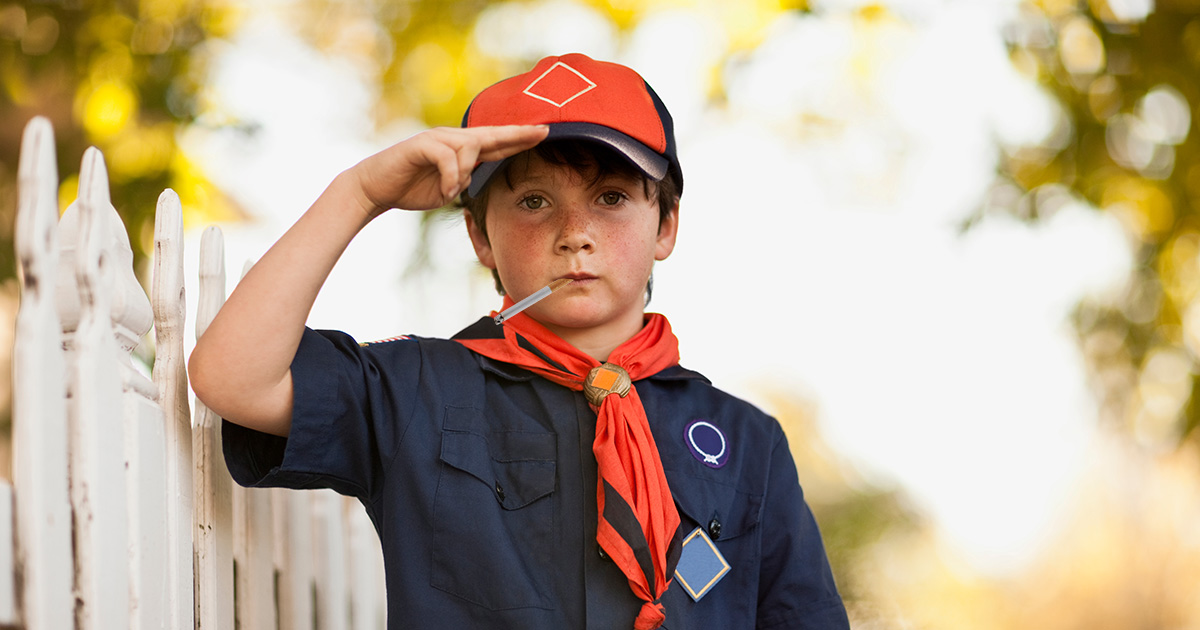 CHAUNCEY, Ohio — 11-year-old Boy Scout Albie Tamari is reportedly just one cigarette away from earning the highly esteemed Nicotine Patch to add to his collection of accomplishments, impressed and concerned sources alike confirmed.

“I’m real proud of myself,” Tamari coughed. “Smoking a pack a day has been super tough given my child-sized lung capacity, and the fact I have to steal these cigarettes from my dad’s friend Marty, so I hope I’ve inspired other kids my age to pursue this goal, because it is possible if you have the right mindset and negligent adults in your life. That nicotine patch will prove I’m just as capable as any other smoker, while also helping me kick this nasty addiction I’ve picked up.”

Despite the admiration from the rest of his Scout troop and well-wishing punks across the nation, Tamari’s family members are not that thrilled with his prowess.

“I signed Albie up for the Boy Scouts of America so he would stop hanging out at that skate park across town where all those kids got stabbed last year. I figured the Scouts would straighten him out,” said Albie’s mother Carrie Tamari, while blowing a large vape cloud. “But no! I caught him with a pack of American Spirits, and I found out the Scout leader told Albie that getting hooked on nicotine would train him to be like a real citizen. What bullshit.”

“Look, these kids are going to get into drugs no matter which life path they take. It’s a staple of American culture. Why not get them into a socially acceptable drug like nicotine in a controlled, communal environment?” said Green. “Besides, the nicotine patch is a true honor, and for Albie to earn that patch before he even reaches middle school? Impeccable. Of course, rewarding Albie with the nicotine patch is not just a symbol of congratulations, but a way to tell him that he needs to cut back if he doesn’t want to get lung cancer. It’s not like we don’t have these boys’ best interests at heart.”

Tamari reportedly only has to pull six more sleepless nights if he wants to add the melatonin patch to his list of accolades.