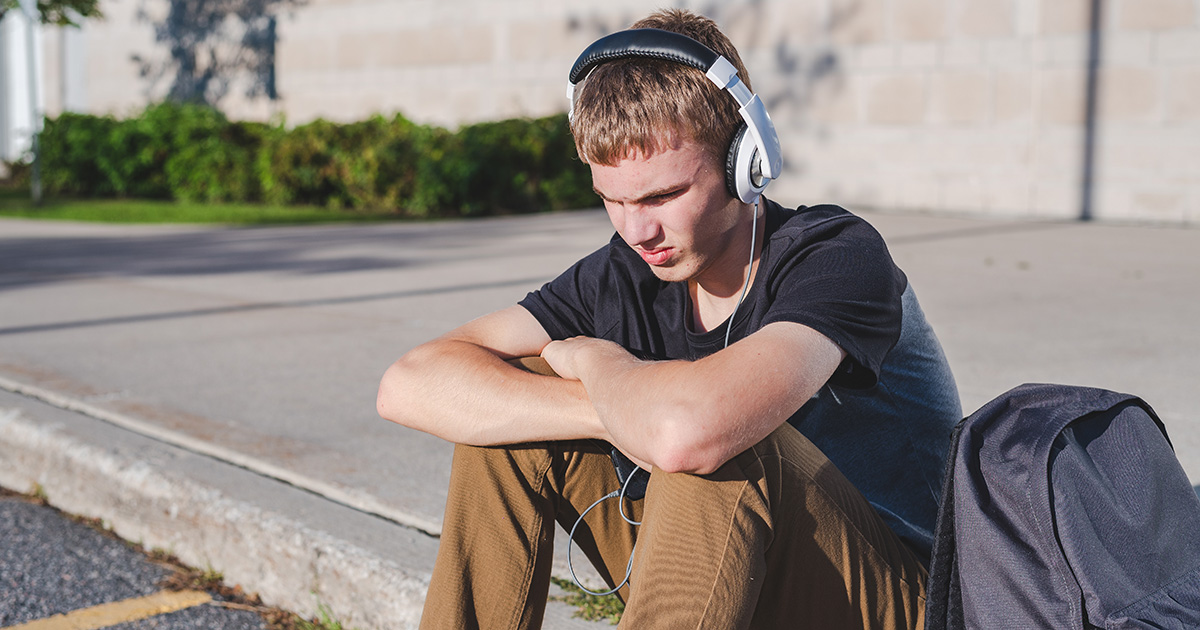 TACOMA, Wash. — Local deranged person Billy “Bile” Harrison reportedly listened to the album created by his friend Jake Gomez on shuffle rather than from start to finish like some kind of absolute maniac.

“All my music is shuffled,” Harrison said with a glazed, lifeless look in his eye while tossing a Slim Jim to his python’s tank. “I just don’t understand people who listen to just one album when they could listen to all music all the time like a big primordial soup. If there’s a song that has an ending that sort of blends into the beginning of the next song, well then so be it. I like the sensation that the unpredictability provides, like the pin prickly feeling you get when you hit your funny bone on a table.”

Gomez expressed his heartbreak after learning his friend didn’t listen to his album in the order he designed.

“All of those tracks were carefully arranged to create an inclusive aural experience,” he said. “The listener is taken on a journey with this album. But just shuffling the whole thing like a weirdo completely ruins the art. Bile is a real piece of work, it’s a wonder he made it this far in life. Yesterday, I caught him playing random tracks of Pink Floyd’s ‘The Wall’ the other day. You don’t just randomly listen to Pink Floyd, you plan an afternoon around it! Fucking psycho!”

Gomez’s producer Tony Tucker nearly spit his drink upon hearing the news, but isn’t entirely surprised that a mortal human would stoop so low.

“Shuffle? What is this, ‘The Shining?’ I slaved over Jake’s album. I spent so many hours lining up every song perfectly. I even let him do that acoustic solo ballad because I knew it would be sandwiched between two way better tracks,” Tucker held back tears and struggled to continue. “Now you’re telling me people out there are listening to that track in isolation? I’m ruined! I suppose next you’re going to tell me they don’t listen to my music on $900 NS-10 the way I intended. Some people are truly monsters.”

At press time, Harrison finally gave his opinion on Gomez’s acoustic track, stating it sounds great after sandwiching it between Metallica and Kanye West amid a shuffled playlist.