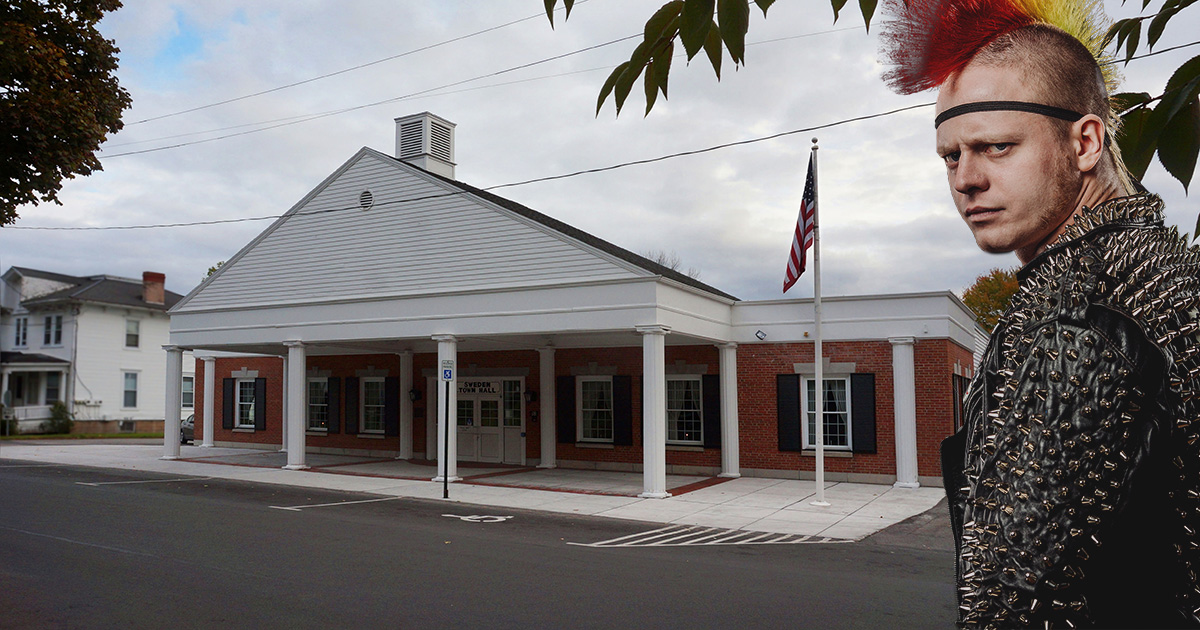 WORCESTER, Mass. — Punk and self-described “downfall of the establishment” Lyle Ponsinon recently made the decision to focus on ensuring the collapse of small, local systems of oppression for the time being, with the eventual goal of dismantling the highest levels of government, pragmatic sources confirmed.

“This so-called government of the people is nothing but a bunch of exploitative, imperialist fatcats that should be eradicated for the good of humanity, but, like, that’s gonna be a lotta work, man. Right now I’m just trying to get the Fire Marshall’s budget cut and see if I can scare some Selectmen into resigning,” explained Ponsinon. “I definitely want to bring down the whole system eventually, but considering that my petition to fire the county comptroller got no support, it could be weeks or even months before I can reduce the United States government to rubble.”

“I don’t appreciate what this young troublemaker is trying to do. Actually, I don’t really understand what it is, but even if I did I wouldn’t like it. Local government is the bedrock of this republic. The people need us to lead and provide for them,” said Tislane moments before approving another pay raise for himself. “Without elected officials like me, who would do all the very important assistant mayor duties I do? You really think this Ponsinon character is gonna symbolically break ground on the new Dunkin’ himself? That’s what local government is for.”

“Anarchism rejects authority at all levels, so yeah, I guess that technically includes the district school board as a totalitarian infrastructure,” said Thune. “It’s never quite as black and white in reality as it is in theory. The balance of communal cooperation and individual freedom is inherently complicated and every anarchist has their own views, which is why, as a philosophy, it’s ultimately ineffectual. Even so, if someone were to want to dismantle the entirety of the American political behemoth, then yeah, it’s probably best to start with the public works director or like a dog catcher and go from there.”

Friends of Ponsinon were alarmed to learn he was preparing to mail letter bombs to the “front line defender of the fascist autocrats,” the eighty-year-old security guy at the county clerk’s office.