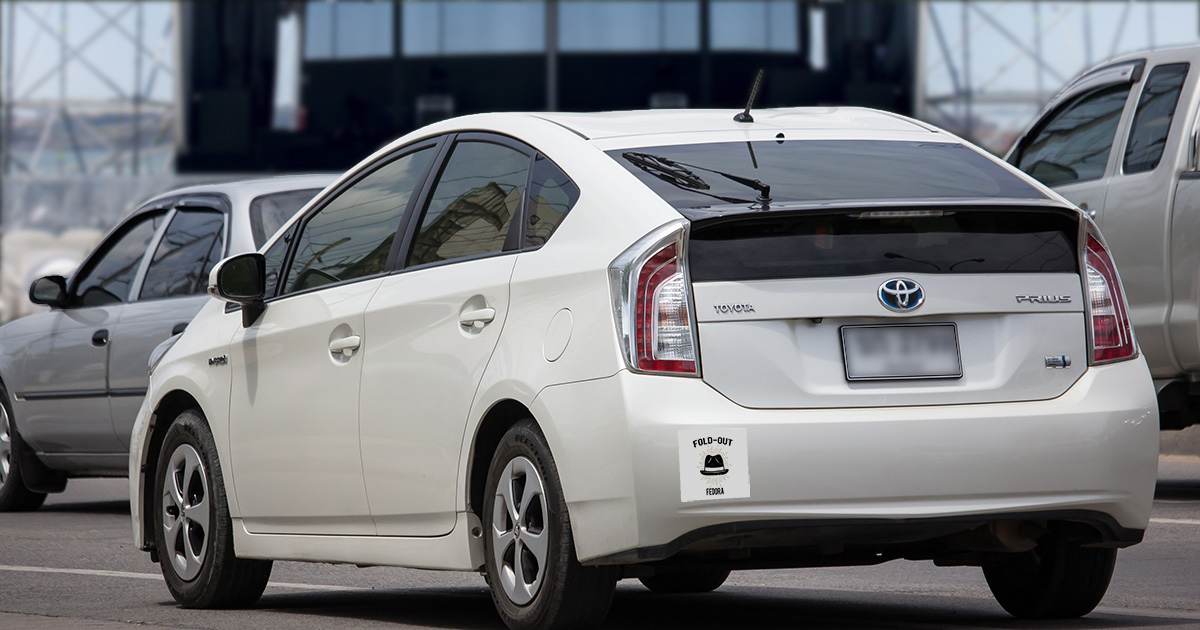 “Man, I’m probably the biggest F.O.F. fan on the planet! That’s why I got the sticker in the first place,” said Banks while listening to their CD in his car. “Some people wonder why I would deface such a beautiful machine with stickers, but I see it as a way of letting everyone here, and everyone who sees me on my commute, know that I’m a rocker. And this sticker is fucking vintage — I bought it way back in 2018, and it’s held up through rain storms, heat waves, and a couple blizzards.”

Many disapproved of Banks’ show etiquette faux-pas, yelling at him through the cracked windows of their individual cars.

“Everyone knows you don’t wear the merch from the band you’re seeing at the show. I don’t care if it’s a shirt or a sticker or whatever — this is day one punk stuff,” said Al “the Scowl” Wilson. “Social distancing may have changed the way we have to do things now, but some things are just written in stone. I’m not sure how I can kick this guy’s ass by staying six feet away, so I might just have to back my car into his a couple dozen times and wait for the bouncers to escort me out.”

“Sure, early on in the drive-in business we had sterner restrictions on merch. But this is the first time in over 23 years this place has actually made money,” said Wernerberg, trying to hide a large burlap sack with a dollar sign on it behind his back. “Is wearing a band’s merch to their show a bit tasteless? Undeniably. But as long as that guy paid full price, bought some popcorn, candy, and maybe a large soda, I really don’t give a shit what he’s got on his dumb car. With the money I’m making off these goons, I can afford a new brand new Tesla.”

Banks allegedly also purchased a Fold-Out Fedora T-shirt at a drive-thru merch booth, which he just put on right away like some kind of psychopath.