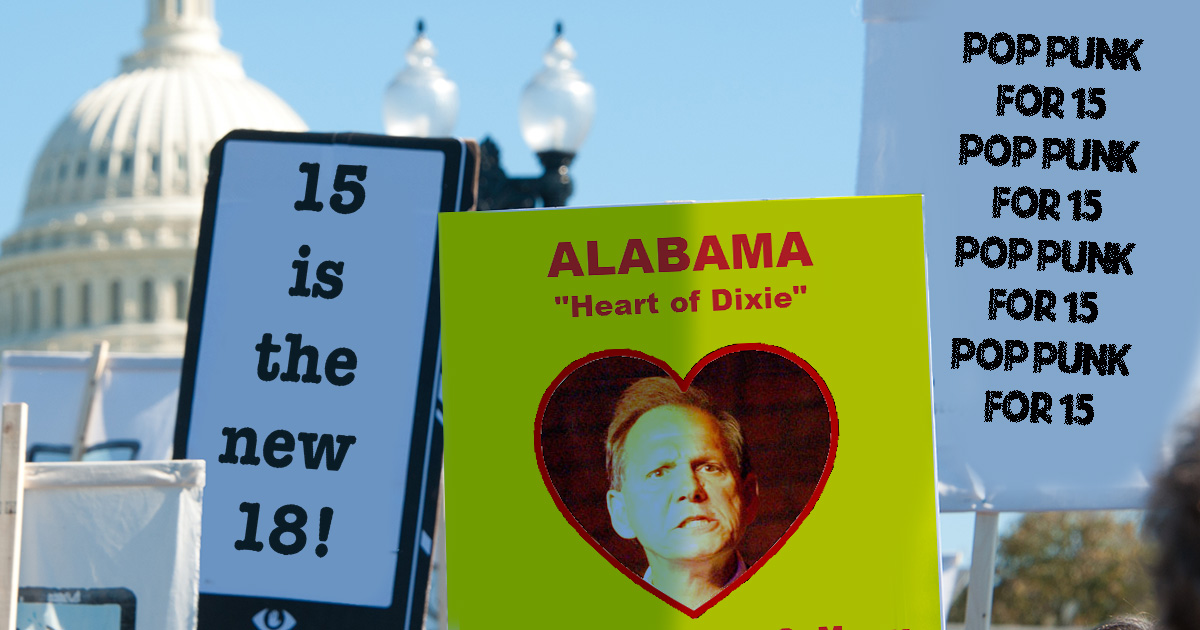 WASHINGTON — Pop-punk frontmen from around the country marched in the nation’s capital today advocating for the federal minimum age of consent to be lowered to 15 years old, pizza-eating, tank top-clad sources confirmed.

“For us to continue our way of life, this is a huge issue,” said Trev Sinkley, vocalist of Californian pop-punk band That’s So Raven. “For far too long, our country has been stuck in the past, believing 18 years old is an acceptable age for a young woman to make her own decisions.”

“Some of the more progressive states already made laws lowering it back down to 16, but we have a lot of work to do,” agreed Rance Riglin, singer of Gaze Within. “We’re hoping Roy Moore makes a senate run in 2020 to help our cause.”

Pop-punk frontmen cited many disturbing statistics in building their case for a lower age of consent.

“If you really look at the facts, the age at which girls go through puberty has been decreasing for decades,” said BeesBeesBees frontman Alex Hill. “At the turn of the century, girls began getting their periods at age 16 or 17 — now, it’s totally common for girls to get their periods as young as 12 or 13. If you account for that deflation in age, then today’s average 15-year-old is biologically no different than a 20-year-old. So basically, my last four girlfriends have been perfectly legal by that math.”

However, several very vocal critics of the creepy campaign have come forward to speak out against the pop-punk frontmen.

“Fucking gross. That’s really all I have to say. All these guys are like, 27 years old and sing about being in love in gym class or some bullshit,” said community organizer Drew Liston. “I’m just so glad the cops had the foresight to make sure the march route these guys took didn’t go by any high schools, soccer fields, or diner parking lots.”

Meanwhile, teenage fans of the pop-punk frontmen have been instructed to keep their support of the campaign quiet because “it could get everyone in a lot of trouble,” according to several anonymous sources.