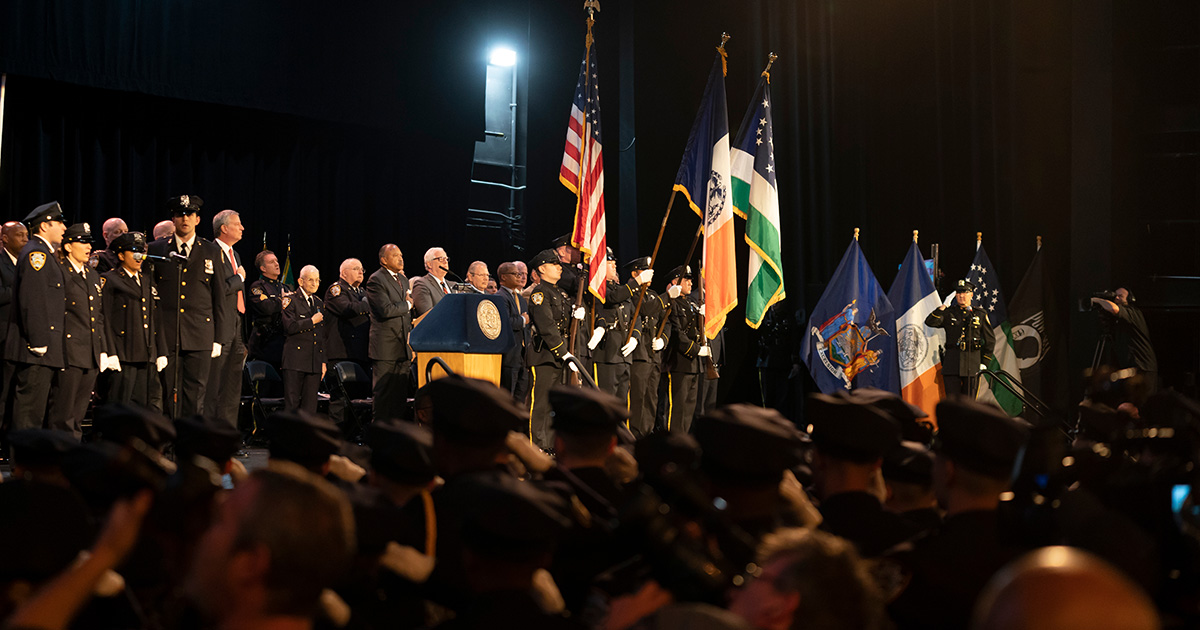 CHICAGO — Cadets of the Chicago Police Academy were reminded of the exhausting six weeks of training they endured in order to become full-fledged police officers, sources at the graduation ceremony confirmed.

“When I first decided to enroll at the Academy, I didn’t realize that I would have to dedicate upwards of four hours a day, for nearly 45 days, in order to achieve my dream of swinging my dick around,” said new graduate Todd Moore. “There were two entire days of nothing but listening to lectures before I even got to fire a gun. I can’t tell you how many times I snoozed off while some wack lib type was talking about ‘de-escalation’ and ‘being a guardian, rather than a warrior.’ This was easily the most grueling experience of my life. The only thing that was even close to this was the eight days I was suspended from my high school football team for killing a bird with a golf club during gym class.”

Moore’s cousin Chuck Richards was in attendance, and said he was happy to finally have a family member that can get him out of speeding tickets and parking violations.

“It’s amazing that Todd made it all the way through training,” said Richards. “His whole life, he’s had problems focusing on anything long-term and frankly, his grades were shit in high school because he spent most of his free time picking fights with kids that lived in a foster home at the end of his block. And he has a real hair-trigger temper, so it’s especially impressive that he managed to go a whole six weeks without attacking an instructor, like he did in sophomore Biology.”

“I remember his first day of training,” added Richards. “I had just gotten a haircut and as I saw him up there on stage graduating, it made me think I’m about due for another. Six weeks is really something, you know?”

“Those cadets worked damn hard,” said Sergeant Withers while deleting body cam footage. “There is a lot of talk about ‘police reform’ these days and it makes me sick. The critics don’t realize that six weeks is almost one third of a football season. I’m just glad that these fine young men and women can take to the streets knowing they have all the training they will ever need, except for maybe a weekend seminar if some dumbass resists arrest and gets themselves killed.”

As of press time, Officer Moore had arrested a Black man for jaywalking within 37 minutes of beginning his first shift, a new precinct record.