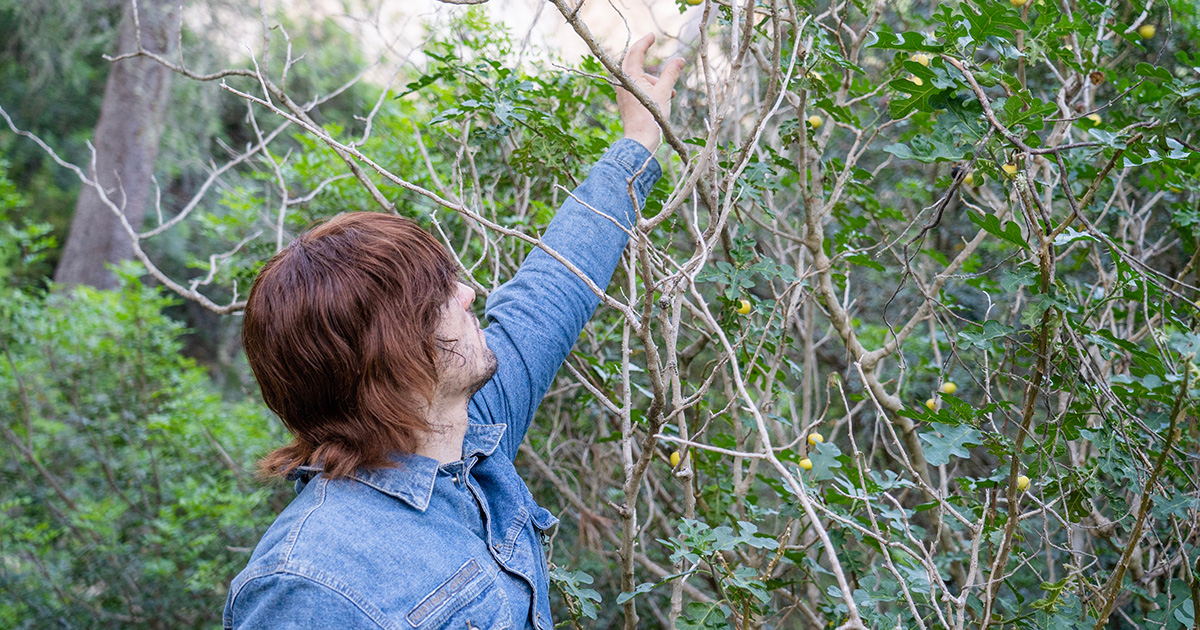 “I’ve been stuck in my house watching the same bullshit TV and staring at my phone for months, so when some friends said they were going camping, I figured I’d tag along,” noted Hellier while being airlifted to the ICU. “I figured the group would bring some veggie patties or soy curls, maybe some Oreos… but those fucking knuckledraggers only brought a cooler full of animal parts, so I was forced to go out and find my own food. There were a ton of these berries near our campsite that looked ripe and ready to eat, but as soon as I downed a handful it felt like my insides started eating themselves.”

Other trip participants claimed they repeatedly told Hellier he should bring enough of his own food for the one night trip.

“I really don’t know where his head was at. The group text for this trip was labeled ‘Meat in the Woods,’ and most of the chat revolved around how we all expected to have heart attacks from the amount of meat we planned on consuming in the 24 hours in the woods,” said trip planner Cayla Ross. “We even offered to stop at Wal-Mart on the way to let him grab stuff he needed, but he said he’d be fine and he’d just eat whatever we had — which is shitty anyway, but then he goes on this self-righteous tangent about providing vegan options and that ‘fishing’ is evil and I just wanted to tell the moocher to fuck off.”

While the overall response to the berry incident ranged from indifference to mockery, officials from PETA praised Hellier’s actions as commendable.

“Mr. Hellier’s actions of putting the well-being of our animal brethren ahead of his own should be praised, not mocked,” stated PETA President Ingrid Newkirk. “These camping trips are often just another way in which humans abuse and violate the rights of animals. If more Americans consumed potentially toxic, unidentifiable sources of food they find in the wilderness rather than eat an animal, this world would be a better place.”

At press time, Hellier was overheard lecturing a nurse about how hospital administrators should be ashamed of themselves for offering patients Jell-O as a snack.