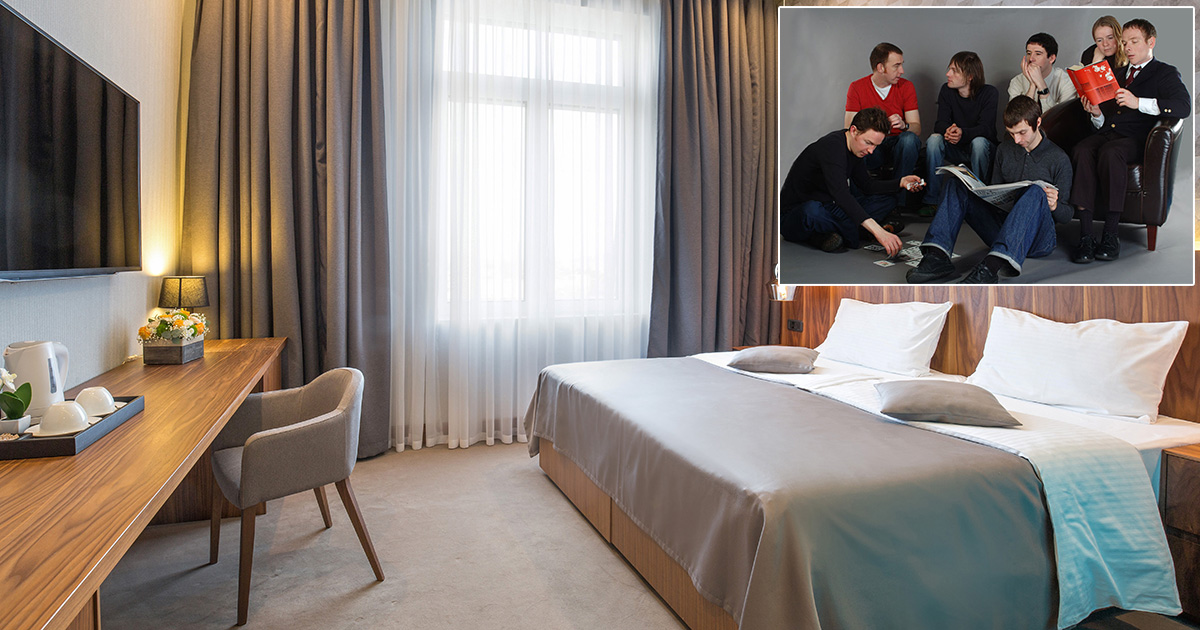 CHICAGO — Piss-drunk indie pop band Belle & Sebastian spent a raucous evening tidying their hotel room at the Radisson Blu Aqua while on a recent tour, according to sources.

“We get our share of touring musicians here,” said Gio Ciccio, a room cleaner at the Radisson. “And honestly, most of them are a real handful. Smash Mouth did things to their rooms that still haunt me. But we’ve never had a case quite like this. All of our rooms are guaranteed to be absolutely comfortable, luxurious, and clean. But when Belle & Sebastian got back from their show, absolutely reeking of elderflower vodka, they found nooks and crannies with the tiniest amounts of dust. They straightened the end tables to perfect right angles, even unscrewed the shower heads and reapplied plumber’s tape for maximum water pressure. Fucking weird.”

“Do they travel with plumber’s tape?” Ciccio said while aimlessly looking for something to clean. “Who does that?”

“Look, Belle & Sebastian isn’t your average rock band,” MacCrearer said while methodically filling in sudoku. “In fact, it’s a real debate if they rock at all. A lot of bands get loaded and destroy shit, but not these ones. And they deserve to unwind on a grueling tour like this, and if their tour riders include at least eight varieties of herbal tea and they do some light dusting, that’s show business, baby. Now fuck off, please.”

“Frankly, if this is the worst thing a group of Scottish musicians does to your hotel, you should consider yourself lucky,” Phillips said. “I remember, back in ‘86, Jim Reid from The Jesus & Mary Chain trashed every bar in Atlanta until he found a place that would serve him an Irn-Bru and whiskey. Of course, we just mixed Jim Beam with Gatorade and told him that’s what it was. Slept like a lamb after that.”

As of press time, bandleader Stuart Murdoch was kicked in the door of a Lou Malnati’s to politely ask if there was a bathroom he could use, if that’s not a problem.