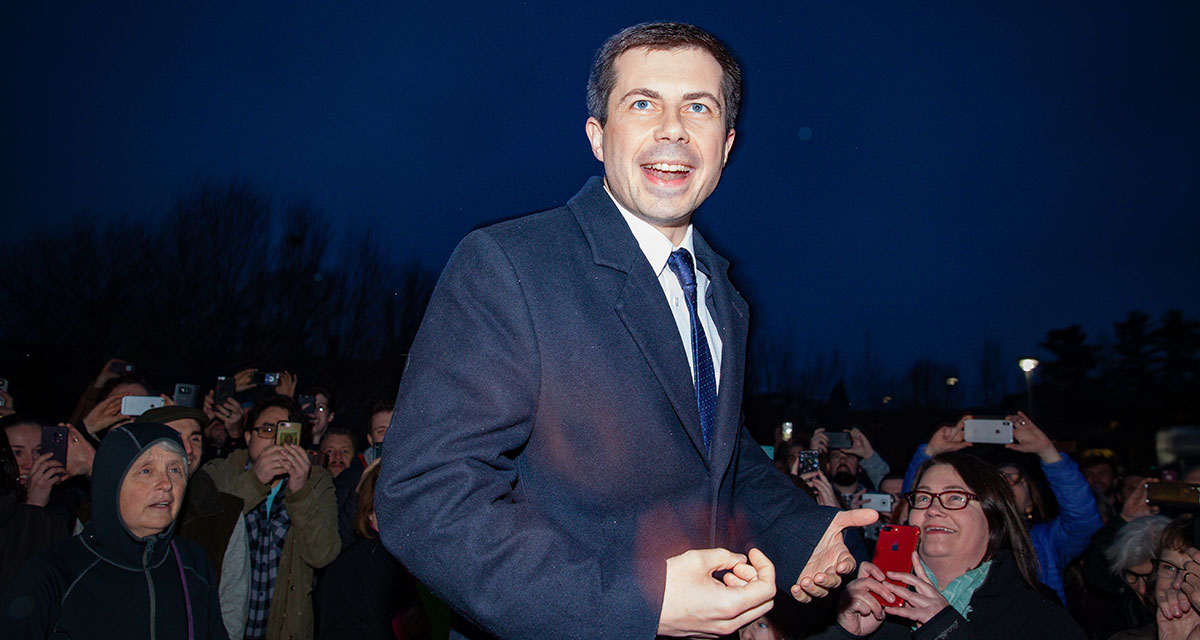 “I’d like to set the record straight — as a veteran, I have seen the horrors of war, but I’ve also seen some of the amazing technology the American military has at its disposal,” said Buttigieg in his stiff, robotic voice. “And I believe change begins with me sitting in the oval office, a starched kerchief in my breast pocket, ordering a series of drone strikes all across the Middle East. I’d be the first openly gay man to do so — and I’d do it proudly.”

“While we’ve got a long way to go, we’ve come pretty far,” Buttigieg added. “And this is one way I can take us further.”

“This is a reality every president has to deal with: obviously, peace is the goal, but if the Taliban doesn’t want to negotiate, Pete is ready to name American drones after major queer icons who have helped shape America,” said Anderson. “Heterosexual elected officials do this, day in and day out, with little to no regard about the messaging of each deadly strike. Pete’s a maverick, and people need to recognize that.”

While some found Buttigieg’s comments off-putting, his key demographics, as well as gay men who work in finance and mothers of grown, queer children looking for a way to transparently show support, rallied behind him.

“Personally, I think it’s homophobic that people don’t want Mayor Pete to be president, just because he’d be the first openly queer president to launch missiles all willy-nilly,“ explained Buttigieg supporter Sharon Fleming. “I think that makes him progressive. Plus, I like that he’s not shoving his sexuality down our throats: the only things I want to hear about him shoving down throats are tomahawk missiles down the throats of Iranian teenagers who think it’s ‘cool to jihad’ or whatever.”

Buttigieg was last seen staring off into space, wearing headphones and making explosion sounds softly to himself.