Period Wondering What Time White Pants Are Going On 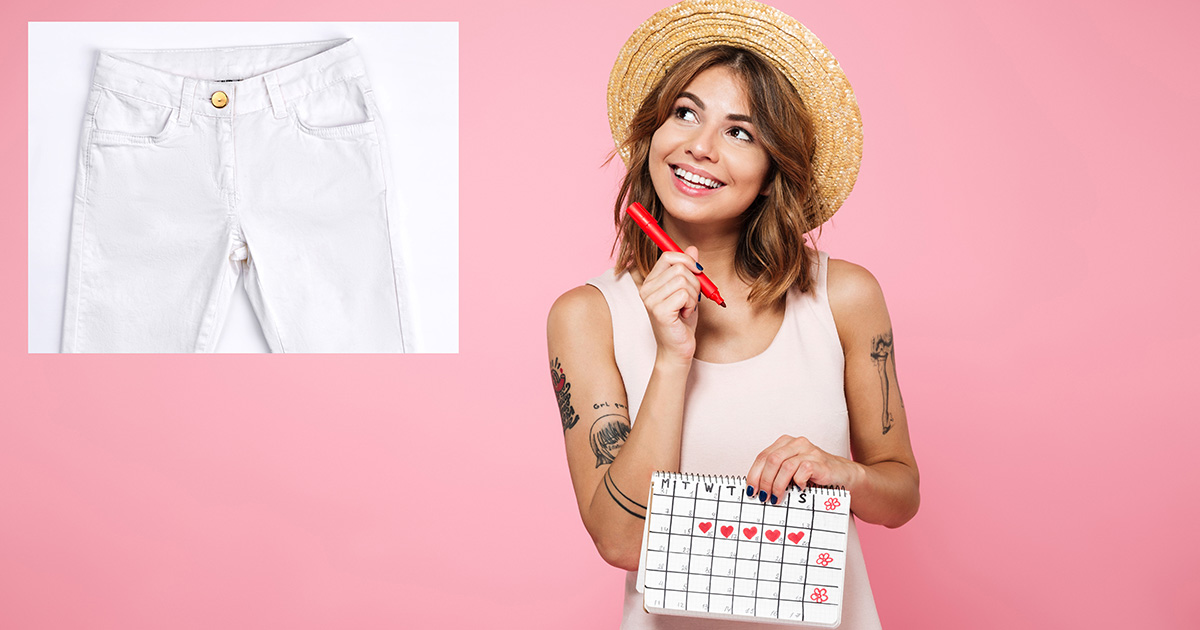 SAN DIEGO — Daisey McKinley’s period asked her eyes and heart again this morning if they know when her white pants will be going on, organs and tissue inside the full-time student’s body reported earlier this week.

“I’ve been dying to catch them,” McKinley’s period said, referring to the white pants. “I was planning to arrive on the 13th or 14th, but I’m willing to come earlier if it means I can finally see them myself.”

“It just won’t shut up about it,” said the tubes from inside McKinley’s abdomen. “We’ve been trying to help, just to get some peace and quiet. This period really seems obsessed with these pants. We don’t see what the big deal is, but who are we to tell a period when to show up, or how to live it’s cycle?”

Other internal organs of hers known for fluid excretion have long heard of the white pants, but have yet to make contact.

“I’ve come real close, but I always just seem to miss [the white pants],” said McKinley’s bladder. “I’ve heard incredible things, so someday, hopefully, my dreams will come true. One time, she got drunk wearing a pair of these purple velvet pants, but it wasn’t the same.”

However, the organs that have seen the white pants before were more hesitant to comment.

“We don’t communicate well with the period,” said McKinley’s eyes. “Even if we did, why would we tell it anything? It’s never done us any favors, believe us.” Her heart, preoccupied with what humans McKinley hopes will see the white pants, was unavailable for comment.

Meanwhile, McKinley herself remains completely unaware of the dilemma.

“My period is coming when?” McKinley said. “That wouldn’t be possible. I’m always on top of these things and wouldn’t risk that. Also, who are you?”

Unfortunately, McKinley’s period was unable to comment further, as it had reportedly taken a leave of absence following a recent sexual encounter. No organs are sure when it intends on returning.