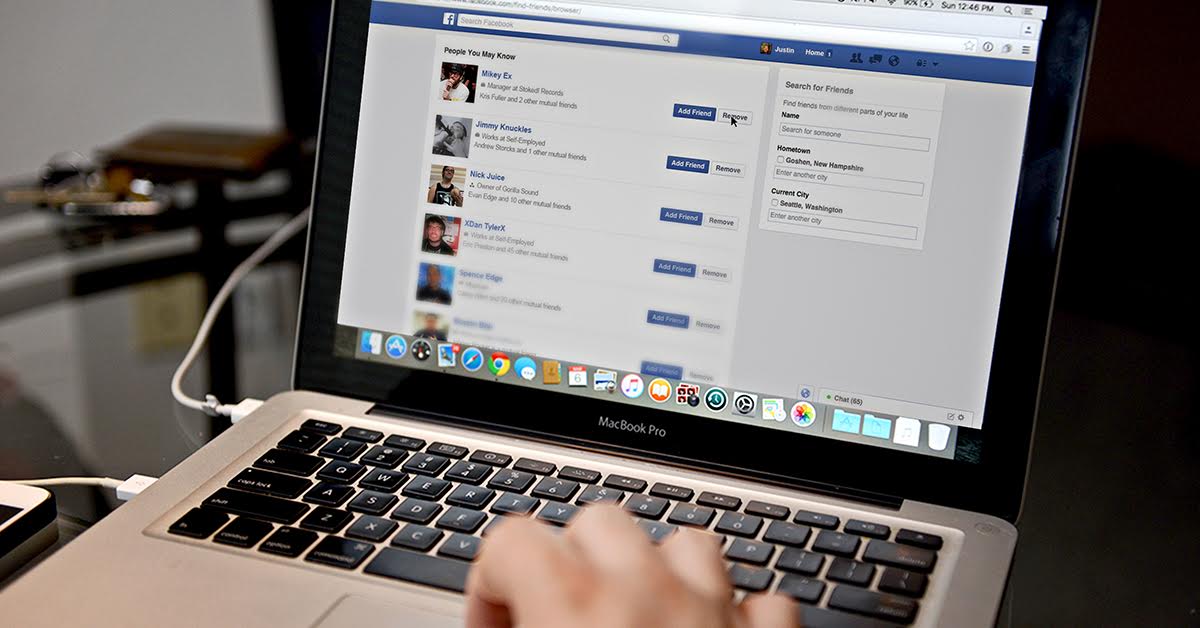 CLEVELAND, OH – For local man Kyle Sellers, scrolling through his Facebook feed used to be a way to mindlessly waste time in between tasks at work. Sadly, he can no longer use the platform without being reminded of years-old pit beefs through his “people you may know” window.

Facebook often suggests “friends” to users based on mutual contacts and interests they share, but, showcasing a major gap in the program’s intuition, these suggestions reportedly do not take into account personal histories rooted in moshing-related dust-ups.

“I just wanna unwind, and Facebook is telling me I should be friends with that back-stabbing snake Rory Adkins? He elbowed me right in the balls during Expire, and I know it was on purpose,” said Sellers while reflecting on people he has isolated himself from over the past 15 years due to minor misunderstandings in the pit.

Aside from feeling personally victimized by a website boasting over one billion users, Sellers is also angered by the constant reminders of the devastating “pit etiquette” he’s been subject to over the years. “How stupid do you have to be!? If someone plants their feet and starts moshing, you don’t just charge into them mid-spin kick like that idiot Erik Wagner. I could have torn my MCL. I unfriended him that night, and until he apologizes I won’t be sending him a new friend request.”

A spokesperson for Facebook released a statement regarding Sellers’ concerns pertaining to the “people you may know” suggestions.

“We here at Facebook aim to provide the best user experience, to help new friends come together, and old friends reconnect. And if you can’t get over some petty altercation at a crappy local hardcore show, well, we here at Facebook are not concerned with that.”

As of press time, Sellers was seen scanning the profile of a friend suggestion named Micah Sitkoff, who is currently dating Sellers long time ex-girlfriend.

“I seriously think this site is just designed to piss me off. And why would Lorena date a guy like that? He doesn’t even look like he is into hardcore,” said Sellers just before sending Sitkoff a friend request.