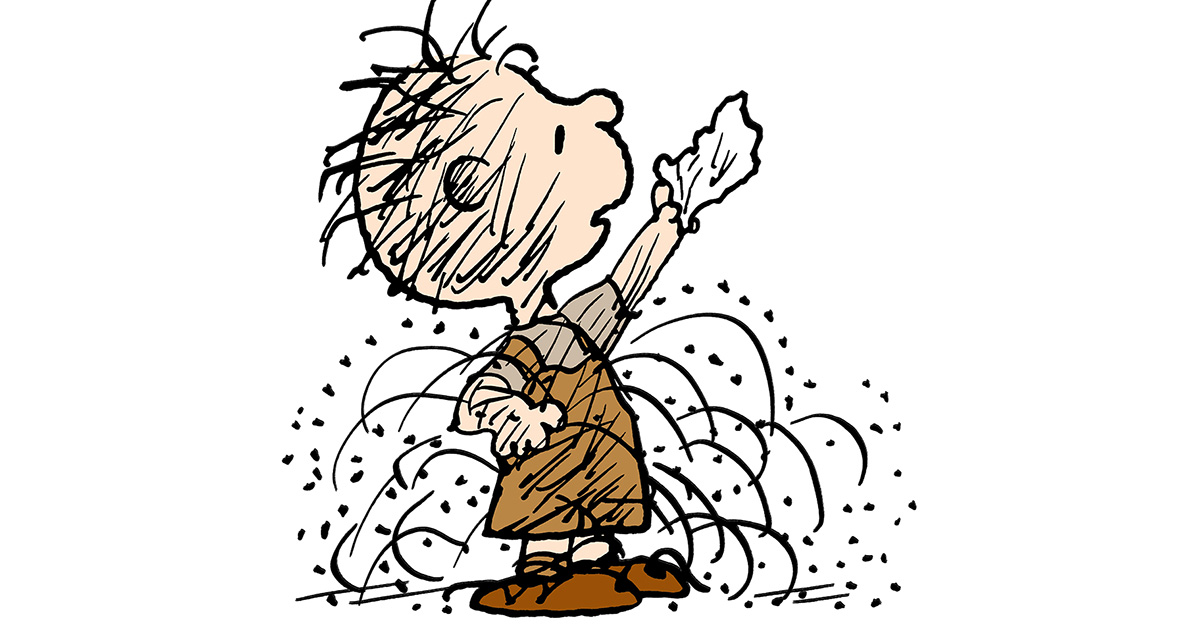 “When we were younger we didn’t think much about how filthy Pigpen was. Some kids like to play in the dirt, you know? I mean, good grief, Linus used to take dumps in the pumpkin patch to ‘feed the great pumpkin.’ Children do weird stuff. But we’re in middle school now, and Pigpen still shows up to school covered in filth and soot like he’s a dust bowl migrant,” explained friend Charlie Brown. “A few years ago I did try telling one of our teachers about it, but all we got was a bunch of white noise. After talking it over with everyone, we all decided to call Child Protective Services.”

Despite being severely at-risk for Legionarres’ disease and pinworms, Pigpen claimed he was “blindsided” by his friends.

“It makes sense now why mysterious care packages of wet wipes and sticks of Old Spice have started showing up in my desk at school. Still, I wish my so-called friends had tried talking to me first instead of going to the feds,” said Pigpen while emitting large puffs of dust despite remaining perfectly still. “Yeah, it is true that Pigpen Sr. went out for a pack of Lucky Strikes a few years ago and my mom has been dancing at the 19th Hole to make ends meet. And we haven’t had running water since the Eisenhower administration. But we’re getting by, ok? Last thing I’ll say is, you better run for your life, Charlie Brown. That blockhead’s days are numbered.”

“Frankly, I think every child here is being neglected. I’ve been all over this neighborhood and have yet to see an adult. I saw one boy clutching to a blankie for dear life, clearly a trauma response,” said Burris. “I also asked one particularly butch little girl what she does for food, and apparently a bird and a dog occasionally will make the children buttered toast and popcorn.”

In addition to the government intervening in the Peanuts crew’s home lives, the local district is under fire after allowing a dog wearing a sweater and sunglasses to attend classes for over a decade.