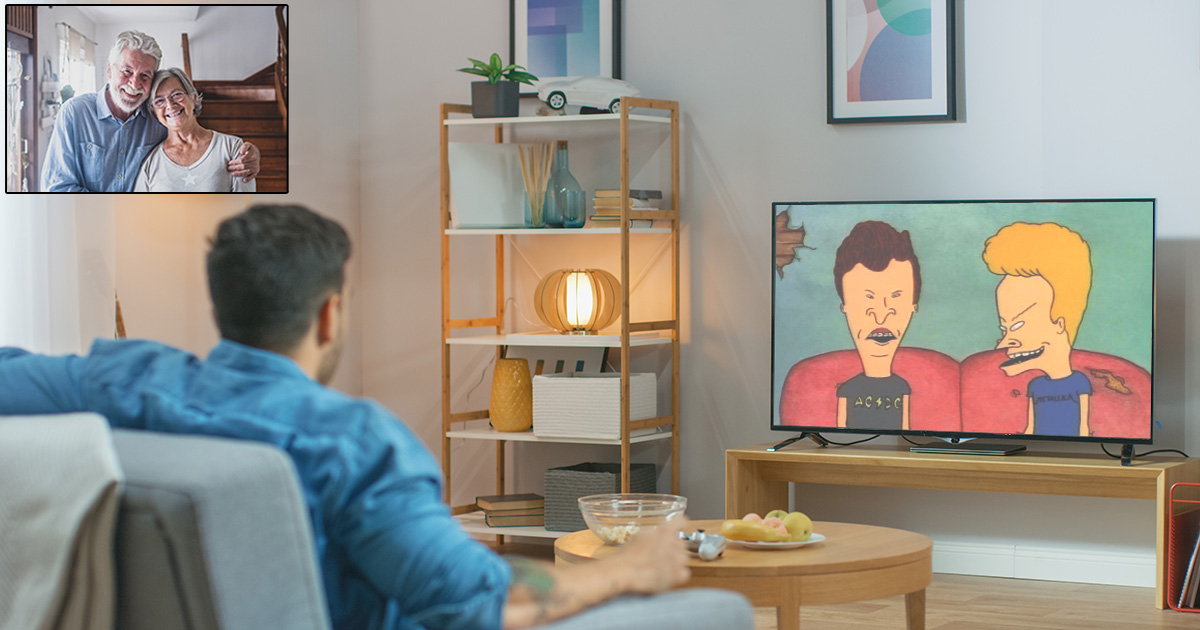 “Our son Ryan pretty much only calls if he needs money or a password for one of our streaming services. Usually we don’t mind him. That is until we saw that disgusting ‘Butthead’ guy had a new movie, and we knew exactly what our son was up to,” said Jean Decker, frowning disapprovingly. “I guess he thinks he’s hiding it from us? He used to do this as a kid too. Ryan would sneak downstairs after bedtime and turn on MTV, thinking we couldn’t hear him laughing every time they said ‘teehee for my bung pole’ or whatever it was. But I guess now that he’s 37, it’s time for our boy to learn what a ‘Cornholio’ is.”

Despite being an adult with an apartment and Carpal Tunnel, Ryan Decker was not willing to tell his parents he wanted to watch the once-controversial cartoon duo.

“I’ve been a fan since I was a kid, so when I heard about the new movie, I was stoked. Until I found out it’s only on Paramount+,” said Decker. “And since paying $7.99 for my own account would absolutely decimate my finances, I had to ask my parents to use theirs. It made me feel like a little kid again. By the way, you don’t think they can see what I’m watching on their account, right? Is there a way to clear history?”

“I really focus more on how children are affected by film and television. It can have a pretty major effect on young people and shape how they see the world. But I guess it’s somewhat similar for a middle-aged man-child,” Quintero said. “Well, if they’re super interested in Beavis and Butthead still, it feels fair to assume they are as emotionally mature as a child anyway. And if that’s the case… I guess it’s pretty harmless, really… Like, what could possibly happen? They’re going to get ‘more ruined’ by a movie at this point? I doubt it.”

At press time, Ryan was overheard calling his parents again, asking if he could stay on the family cell phone plan for “just a few more years.”