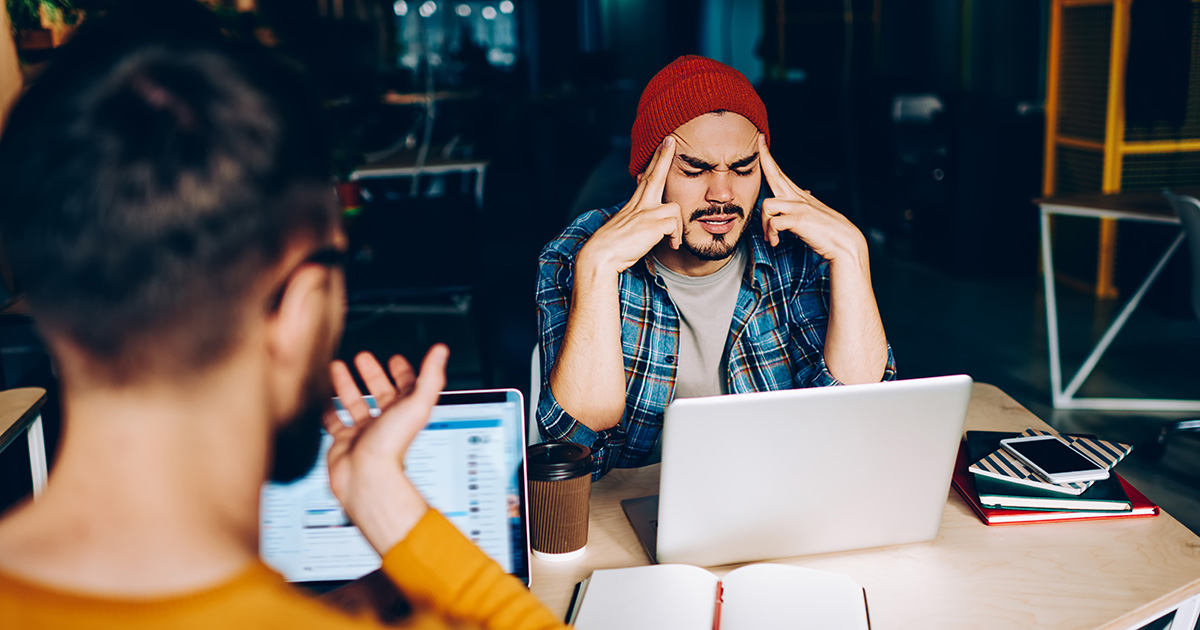 BROOKLYN, N.Y. — Senior VICE editor Archie Jenkins sprinted from his office in Williamsburg yesterday after remembering he coerced a freelance reporter into infiltrating a cult seven years ago, but still hadn’t heard back from him, sources trying to keep H.R. from getting involved confirmed.

“[Archie] and I were knocking around article ideas when I stumbled across an old email about some freelance reporter named Jerry Malley investigating a potential cult in rural Vermont,” said associate editor Sarah Bianco. “But when I asked Archie about the assignment, he furrowed his brow… then his eyes got real wide, and he ran out of the office screaming, ‘Shit! Shit! Shit! Shit! Shit!’ over and over again.”

Jenkins was then heard peeling out of the parking lot before sending several co-workers a hurried, grammatically incorrect text, explaining he was off to find the former reporter.

According to other VICE employees, Jenkins’ forgetfulness with his reporters is a regular occurence.

“You’d think this would be a mistake you make once, or maybe — maybe — twice. But Archie is always sending writers on ridiculous assignments and completely forgetting about them,” said staff writer Donald Gonzalez. “Then those freelancers just sort of… fall into these new lives. You wouldn’t believe how many former VICE writers are now rotting away in Serbian prison cells, or running guns for Mexican drug cartels.”

After some furious driving and a daring rescue, Jenkins allegedly freed Malley this morning from the Wolcott, Vt. compound for The Peoples of One Rainbow, returning Malley safely to his parents’ Westchester, N.Y. home.

“The first thing Archie did was apologize for sending me to join that cult, which was nice… but he then immediately asked if I had enough material to still write the article,” said a weary and exhausted Malley. “It’ll take years of therapy to get myself back to normal, and the $100 I got paid for this assignment will certainly help. But I still don’t know if the four women I was forced to marry will also be rescued, or for how many of my children I’ll be financially responsible. We’ll see, I guess.”

At press time, Jenkins was on his way to Pennsylvania, after remembering he’d sent at least five different freelancers to investigate a well-armed, alt-right militia headquartered somewhere in the Pocono mountains.